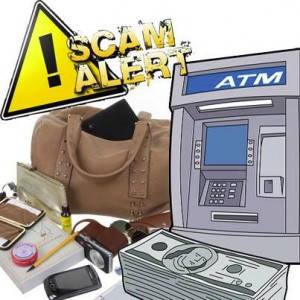 For some smooth-talking confidence artists, there’s no simpler way to make money than telephoning someone and tricking them into transferring the contents of their savings account via an automatic teller machine.

How could anyone fall for such a con? It often starts when a person innocently advertises something for sale. For example, a woman receives a new designer handbag and decides to sell it via an online or newspaper advertisement. A scammer calls and says he wants the bag. But he lives far away, so he will transfer the money to the woman’s bank account and then send a courier to collect the item. The woman later checks her account balance at an ATM and sees the transfer has not been made, so she calls the buyer. He tells her to check again, and gives her a series of instructions – in which she transfers her money to him. Hard to believe, but this sort of scam is common. Victims say the scammers have hypnotic voices and sometimes pose as bank staff.

A man named Teddy received several calls of interest after advertising his West Jakarta house for sale. One prospective buyer, who claimed to be based out of town, phoned repeatedly to ask about the condition of the house and then declared he would purchase it. The two parties agreed to a price, with the buyer promising to transfer the money via ATM. No funds had come through when Teddy checked his BCA account, so he phoned the buyer, who told him, “Sorry Sir, there may be a problem with the bank, as I have done the transfer. I’ll visit BCA and inform them of the problem.”

The fraudster soon called back, this time on the line with a woman posing as a BCA service representative. She advised Teddy to insert his ATM card, key in his PIN and follow her instructions. Convinced he was talking to a genuine BCA employee, Teddy did as the woman said and was told, “Thank you Sir, the money has been transferred from this side into your account. Please check your account in a few minutes.”

Teddy waited for some other people to use the ATM and then checked his savings account, expecting to see a fortune. He was horrified to see his balance reduced to Rp.10,000. Realizing he had been conned, he called the phony buyer but there was no answer.

At least five doctors fell for a similar scam last year. They had received an SMS text message inviting them to a congress of the Indonesian Doctors Association in Bali, for which they would be given Rp.5 million to cover their flights and accommodation. Upon calling a number provided by the scammers, each doctor was told to go to an ATM and follow “coded instructions” to get the money transferred to their accounts. The duped doctors unwittingly transferred a total of about Rp.100 million. Police later arrested the scammers.

Another doctor, Haryati Amantjik, received a fake letter from “Telkom Indonesia” informing her she had won a Rp.10 million shopping voucher. She telephoned a contact person named Misnan Prayoga, who told her to go to an ATM and follow his instructions. She transferred Rp.24.3 million to the scammer.

Some scammers wait for victims at ATMs. When a person arrives to use the ATM, the scammer pretends to be withdrawing money – anywhere from Rp.1 million to Rp.2.5 million – and then starts complaining loudly, “I hit the wrong button! I was supposed to transfer this money, not withdraw it! I urgently need to transfer this money, but I can’t because the bank has closed. Look, if I give you this Rp.2.5 million in cash, can you please transfer that amount to this account number?” The money provided by the scammer is always counterfeit.

There is an even more brazen ATM scam. As you’re putting your card into the slot, a person grabs your arm from behind and claims you dropped something from your wallet or purse. If you turn around to bend down and pick up the planted items, perhaps some scattered business cards, a second person will quickly hit ‘Cancel’, remove your card and replace it with another one. When you attempt to make your transaction, your PIN won’t work. The scammers will watch you typing your PIN for several attempts and memorize the number. They can then rush to another ATM and withdraw your money.