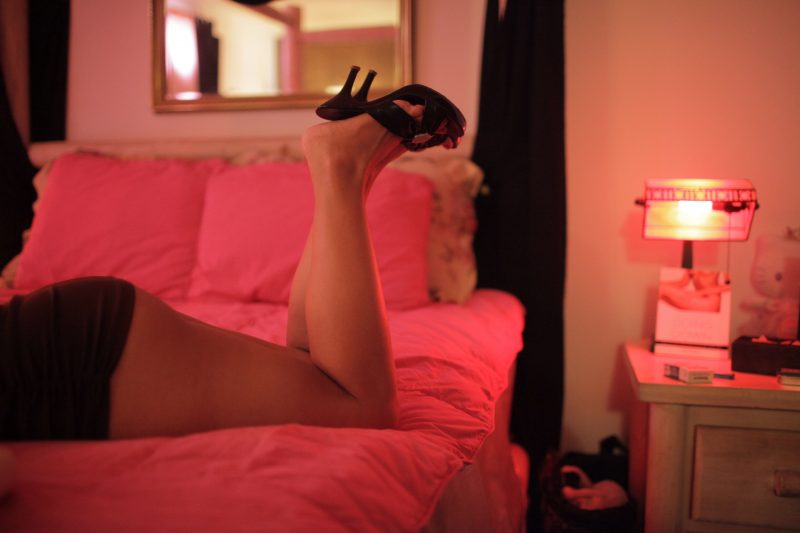 Police are showing a lot of interest in a high-class prostitution ring that provided actresses and models to government officials, legislators and tycoons. Just don’t expect them to name or investigate the men who paid vast sums – perhaps well beyond the range of their official salaries – for sex with celebrities.

South Jakarta Police on the night of Friday May 8, arrested a model named Amel Alvi (22) and her pimp, Robby Abbas (31), at a five-star hotel. Amel was released after questioning, while Robby, better known as Obbie, remains in custody.

Amel later denied she had been detained and insisted she had never met Obbie, although there are photos of them together on the latter’s Instagram and Twitter accounts. She also denied allegations that she charged Rp.80 million for sex, saying she would be rich if that was the case.

Obbie started his career as a makeup artist in 1998, enabling him to meet many celebrities. He said he had been pimping since 2012, offering women whose “short-time” fee for three hours of sex ranged from Rp.80 million to Rp.200 million ($6,000 to $15,000). He usually took a 20% commission, claiming this earned him about Rp.20 million to Rp.30 million a month. Police said the clients always paid in cash, rather than risk leaving a trail of bank transfers.

It’s unclear whether Obbie was a lone operator or worked within a team. Police said he supplied women in Jakarta and other major Indonesian cities, and even abroad. He generally communicated with clients via mobile messaging platforms such as WhatsApp and BlackBerry Messenger.

Obbie said he had about 200 women for hire, ranging in age from 22 to 35. Police will not name the women, although a list of 17 names – written as initials only – is being widely circulated online. Prices on the list range from Rp.20 million to Rp.200 million. Police said they do not know the source of the list.

Vice President Jusuf Kalla said he often receives text messages offering the services of beautiful women. He claimed he always immediately deletes such messages. He expressed doubt that any state officials would hire the high-priced prostitutes. “Salaries of state officials are small, so how could they afford to pay Rp.100 million?” he asked without a trace of irony.

Jakarta Governor Basuki ‘Ahok’ Tjahaja Purnama pointed out that certain state officials can afford such services because they are corrupt. “Money from corruption can pay for expensive things,” he said. “Many of the [high-class prostitutes’] clients are unprincipled officials. We are hypocrites if we pretend we don’t know about it.”

When Jusuf Kalla was asked about the unofficial list of celebrity escorts and their fees, he said there was no proof that it was genuine. He said police must not name any of the alleged customers listed on a chat-group found on Obbie’s phone, because they could sue for defamation. He said it would be unethical and possibly illegal to reveal their identities because there was no proof they had used the services.

Some of the women linked to the list were quick to issue denials. Actress and singer Julia Perez denied that she had been booked by clients in Singapore in late 2014, saying she had gone there for treatment for cervical cancer. She said a man once offered her Rp.2 billion but she rejected the indecent proposal.

Actress Nikita Mirzani also denied being on Obbie’s list, saying she was once offered Rp.200 million for sex but declined because she doesn’t sleep with just anybody.

Movie star Catherine Wilson likewise denied being a prostitute, saying there was no evidence. Catherine was questioned by the Corruption Eradication Commission last year for allegedly receiving a Mitsubishi Pajero and a Central Jakarta apartment as gifts from Tubagus Chaeri Wardana alias Wawan, who is now serving a seven year sentence for corruption and money laundering. Wawan, the brother of disgraced former Banten Governor Ratu Atut Chosiyah, allegedly gave cars, purchased with ill-gotten money, to a slew of attractive celebrities.

Another actress, Baby Margaretha, acknowledged that some models pursue a sideline in prostitution to pay for their glamorous lifestyles and luxury branded goods. She said men have offered her cars, and houses in South Jakarta’s Pondok Indah district in return for sex.

Obbie said all of the women on his list had voluntarily become prostitutes. He said many of them had come to him, looking for work.

Offering sexual services is illegal under two articles of the Criminal Code. Article 296 states that people whose action facilitates illegal sexual activities can be punished by up to one year and four months in jail. Article 506 states that mucikari (pimps) can be jailed for one year.

Police said their investigation would not target any of the women or their customers. Social Affairs Minister Khofifah Indar Parawansa said the customers should be severely punished, as this would set an example and reduce demand for prostitution. She said laws should be changed if necessary to penalize men who pay for sex. “If the demand side is given a severe punishment, then the supply side would be automatically reduced.”

She said the Social Affairs Ministry has closed 33 of the 168 “localized” prostitution centres that existed in Indonesia last year. The closures have prompted prostitution to move to boarding houses, apartments and online.

He said police should form a special cyber crime team to trace and stop text messages offering sexual services. He also called for an online complaints service so that people can report such messages. Communications and Information Technology Minister Rudiantara concurred that members of the public should report prostitution being offered via online messaging services.

Farhat Abbas, a controversial lawyer known for his homophobic views, took to Twitter to advise celebrities not to befriend transvestites “in order not be mistaken for having a pimp or being sold by a pimp”.

High-class prostitution is nothing new in Indonesia. In the late 1970s, some actresses and models were charging the equivalent of $750 to $1,560 for sex. A small fortune back then. A 1999 book, Prostitution in Indonesia, Its History and Evolution, noted: “The very large incomes of some Indonesians, whether derived from legitimate enterprise or from corruption, and the tendency to engage in conspicuous consumption means that there will always be a market, albeit limited, for sex services at such inflated figures.”

Obbie’s case is receiving excessive attention. Police should focus more on prostitution involving underage or trafficked females, and on investigating the wealth of corrupt state officials who pay absurdly high prices for sex.

Not all pimps offering models and actresses are genuine. In 2009, police arrested a husband and wife team for fraud because they ran websites offering celebrities for sex but never provided the advertised women. Their websites, which included www.jakartaescortladies.com, featured photos of at least 36 celebrities. Customers transferred up to Rp.40 million to book famous women, only to be provided with non-celebrities.