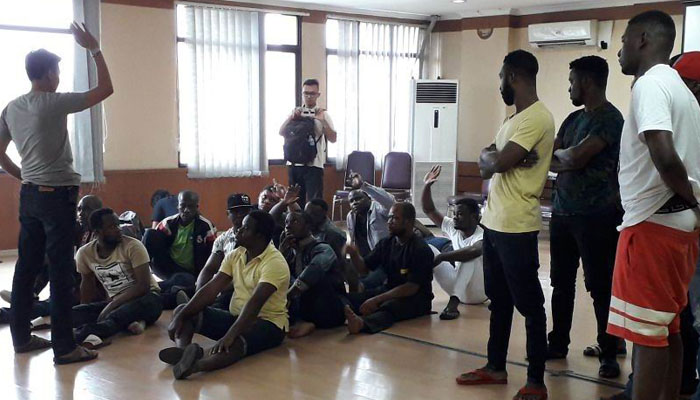 The immigration office’s head of supervision, Adi Tri Nugroho, said there were indications that the 24 foreigners violated immigration laws and caused trouble to residents of the apartment building.

“Three foreigners were found with illicit substances suspected to be narcotics and they are currently being investigated by the relevant agencies,” Adi said on Tuesday as reported by kompas.com.

Of the 24 expatriates, 20 are Nigerian, one is Gambian, one is Ugandan, one is Senegalese and one is stateless.

Some of them could not show their travel documents while others had overstayed their residence permits, Adi said.

The foreign nationals were suspected to have been involved in cybercrime, he said. The office had confiscated their laptops and cell phones.

Adi said the expatriates would be immediately deported to their home countries.