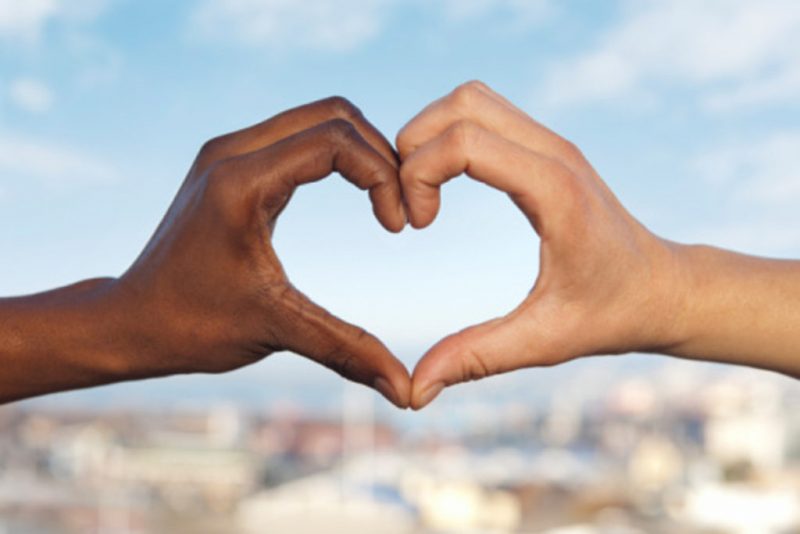 Embracing cultural diversity, achieving financial security, and having “melting-pot” families; there are plenty of reasons why some people embrace cross-cultural dating. Five women from different backgrounds in Indonesia explore the idea of dating a foreigner, along with the challenges and benefits that are associated with it.

“Dating a foreigner gives me challenges, but I love it! It also allows me to explore other countries and get to know the people there. Plus, I’d love to have interracial kids.”

Desta is a 23-year-old employee working at an international company. Throughout her young life, she has never dated a local Indonesian man. Physically, most of them are a far cry from her personal preferences: tall, bright skin and coloured eyes. Personality-wise, they tend to be “boring and typical.” When it comes to dating, Desta envisions a journey filled with unusual challenges and new things to learn from every day. While there might be plenty of local men that can offer her such an experience, Desta prefers those who come with more diverse backgrounds, perspectives and ways of living. And that’s exactly why she’s been dating a Japanese IT officer for the past six years.

In the world of cross-cultural dating in Indonesia, differences tend to become the highlight of the relationship. Many diverse racial societies place importance on values like inclusivity and multiculturalism. However, Indonesia is a fairly homogenous society in respect to race. Thus, it is not uncommon for these lovebirds to find dating a foreigner to be an opportunity for examining cultural differences, where language and communication barriers may only be the tip of the iceberg.

Cross-cultural relationships also come with many challenges. Long distances and prejudices, for example, are issues that often become more and more obvious as relationships progress. Religious faith and children can also be a real problem for those who decide to take their relationships to the next level. Even with such issues, the five women interviewed do not seem to mind. At least, not yet.

The Beauty and Complexity of Cultural Exchange

When asked what it actually meant to be in a cross-cultural relationship, most of the women interviewed agreed on one thing: cultural exchange. They believe that dating a foreigner comes with the advantage of not just finding out about each other’s traits and backgrounds, but also the opportunity to see much of the world.

Nadya is among those that embrace this element of cultural exchange in her relationship. As a 23-year-old writer and researcher, she is strongly attracted to men who value humanity. That means someone who shares similar concerns in various aspects of today’s society and does not hold back in expressing his opinions on the subject. She is glad that her boyfriend, who is German and an expert on Indonesia, matches her expectations almost exactly. He can be blunt and outspoken when it comes to countering his girlfriend’s arguments. At the same time, he can be the sweet and optimistic type that brings her books from his hometown and encourages her to be more confident in speaking English.

But one of the things that delight Nadya the most about dating a German researcher is the opportunity to visit his hometown and lead a discussion at his university. She realizes that not many young women like her would easily have the chance to represent her country at an international university, especially with the help of a boyfriend. “As a young researcher myself, this was considered a huge accomplishment,” she said.

Twenty-two-year-old Natasha can also relate to Nadya’s cross-cultural love story. Natasha is an Indonesian foreign exchange student studying in Bielefeld, Germany. Much like Nadya, she appreciates the art of dating through deep and meaningful conversations. She also likes going on nontraditional dates. Lucky for her, being a foreign student in Germany means that she gets to meet men hailing from different parts of the world and experience alternative ways of dating that she might not have commonly experienced with Indonesian men.

“I’ve dated this one German guy and he really enjoyed talking about everything, from simple to complicated matters. He also had a direct approach when expressing his feelings, even when we had only talked for about 15 minutes!” she said. “The dating activities [with non-Indonesian men] also tend to be more varied. Instead of simply going to the mall or watching movies, some would take me to a museum. One guy loved sports so much that we went for a jog in our date; the other cooked a nice dinner for me at his place.”

Natasha is now in a relationship with a Swedish man. When the two are not busy studying, they like to travel around Europe. According to her, there is no better way to understand a country’s historical traditions and enjoy its culinary scene other than going on a romantic trip with your boyfriend – who happens to be more familiar with the foreign lands she visited.

Despite having so much fun travelling and exploring cultural diversity through their relationships, both of these girls still acknowledge the inevitable challenges of dating a foreigner.

For Nadya and her boyfriend, the long distance can be tough. They try to get around this issue by having an open relationship, where the two are free to date other people while they are away as long as they are still emotionally committed to one another. “We make this kind of agreement [to have an open relationship] by giving each other a clear definition of cheating, being honest if the other starts to get jealous, and always trying to maintain a long-term goal in our relationship,” Nadya explained.

Distance is fortunately not something that Natasha is concerned about. But religious faith is. She admits that it is difficult to introduce her boyfriend to her family when he does not believe in God. “My family is quite religious so it [having an atheist boyfriend] would be a problem for them,” she said.

The most revelatory parts actually came from the two single women who shared their thoughts on the subject. Interestingly, they delivered strikingly different accounts of dating a foreigner.

For Rini, the prospect of marrying a foreigner is the key to revitalizing her love life. She traced her memories back to 2011, the moment her Indonesian husband was leaving her to be with another man. Rini was devastated. She was left with a son to raise on her own and an extra load of financial responsibilities to fill.

The qualities she seeks in an ideal man are those that many women similarly hope to find: wise, educated and financially secure. Yet at the age of 43, Rini claims that it is not easy to find men in Indonesia that are willing to accept her conditions as a single mom. She believes that foreigners usually care less about age or previous marital status. Speaking from her past experience, dating someone with a different national background made her feel more comfortable because she did not have to hide anything from him. “[With dating a foreigner] everything just came more naturally. It was easier for me to open up to them [foreign men],” the devoted lawyer said.

Sarah, on the other hand, tells a completely different story. The 28-year-old Belgian expat has less amusing memories when it comes to dating foreigners and stresses that having too many cultural differences would eventually pose a real threat to every relationship. “I once dated this guy and things ended between us because he was not open-minded and was reluctant to understand my culture,” she said.

In search of her ideal partner, Sarah is not looking for someone with the perfect physique or other elusive qualities. What she wants is ‘a partner in crime’ who can simply respect her values and can get along with her family. Someone with a different national background would still make sense for her as long as that person can tolerate the potential cultural gaps. That said, she was wrong to think that it would be easy to meet a decent single man on the other side of the planet.

Since arriving in Jakarta to work in an e-commerce company six months ago, she’s been struggling with finding the right date. Much to her surprise, many of the men she’s encountered in Indonesia and in other countries she’s visited in Asia were generally repulsive and impolite. “Most of the bule [white foreigners] I met here were acting like I’m not attractive enough for them. It appears as if sex, alcohol and talking bad about women behind their back were all that men [both locals and foreigners] here could think of. The masculine society is obvious here [in Asia],” she said.

Most of the women interviewed believe that men are not singularly defined by where they come from or the culture they are adhered to. According to them, connections, character and intelligence are the real attractive qualities found in men instead. And in reality, love and relationships have always been a lot of work regardless of whoever you choose to date.

See: Dating in Indonesia: What Foreigners Need to Know