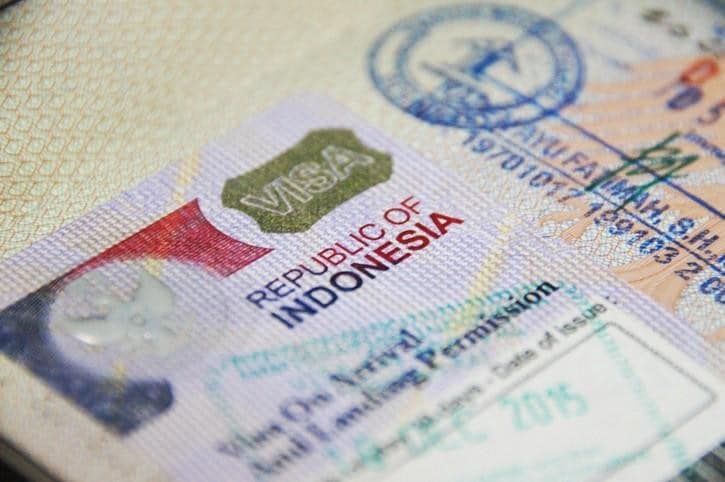 The Directorate General of Immigration has announced that the Indonesian government has updated its immigration policy for foreigners.

The new update, released over the weekend, has halted automatic extensions of the emergency stay permits that were in place due to travel restrictions amid the COVID-19 pandemic.

“The latest circular issued is related to the presence of foreigners in Indonesia. Indeed, it was stated that the extension was limited to residence permits and visit permits that had previously been issued. There is also a visa-free visit, which is called visa-free and it cannot be extended. but foreigners can apply for a telex visa.”

Jamaruli declared applications for a telex visa was previously free but now requires payment. It can be taken care of in Jakarta, but may also be accessed online. However, online access requires a third party or sponsor, which can be a travel agency or hotel.

“About 7,000 foreigners are currently in Bali. Those foreigners who are visa-free compared to those with working visas can be said to be more than 50 percent,” he said, adding that foreigners in Bali are advised to immediately arrange a telex visa if they wish to stay in Indonesia.

“If they don’t take care of their telex visa, please go home but don’t let the existing stay permit expire, overstay, and receive administrative fines. Since the issuance of the latest Circular Letter on 10 July, they must take care of it for a maximum of 30 days so that they don’t overstay. A fine of Rp1million per day can be applied if overstayed,” said Jamaruli.

The recent circular letter has raised concerns with foreigners still in Bali because there are no flights home. “By applying for a telex visa, they can still stay here and arrange a telex visa in Jakarta, of course, through sponsors. Later, the telex visa will be issued and addressed to the immigration office, for example, in local areas such as Ngurah Rai or Denpasar or Singaraja, so that the local immigration offices can issue the visas,” said Jamaruli.

This new policy eradicates emergency measures that were put in place earlier this year to support foreigners in response to travel restrictions. The Directorate General has expressed that foreigners unable to abide by these new regulations may face administrative sanctions. For more information, contact the official WhatsApp service for foreigners at 08211430 9957.