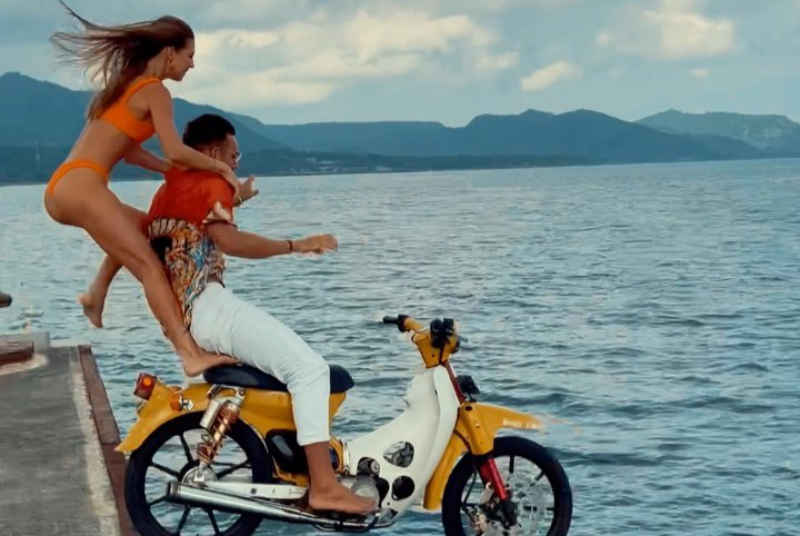 The Bali Regional Office of Ministry of Law and Human Rights had deported a foreigner named Sergey Kosenko for two violations of the law while living in Bali, namely not adhering to health protocols at a party and abusing his visa.

“Regarding Sergey Kosenko, he is subject to administrative actions in the form of immigration deportation and determination as regulated in article 75 paragraph 1 and 2 of law number 6 year 2011 concerning immigration,” said the Head of Regional Office of the Ministry of Law and Human Rights Bali, Jamaruli Manihuruk.

Sergey held a party at a restaurant in Badung, Bali filled with many partygoers who were not wearing masks and keeping distance on Monday 11th January. Proof of this was uploaded on his Instagram account, @sergey_kosenko.

Jamaruli added that the party had violated the prevailing laws and regulations, one of which was a circular letter of the COVID-19 Handling Task Force number 02 of 2021 concerning International Travel Health Protocols in the 2019 Coronavirus Disease (COVID-19) Pandemic.

Furthermore, Sergey is believed to have abused his visa by not having an appropriate residence permit while living in the Island of Gods.

“In addition, Sergey Kosenko has carried out activities such as being an ambassador representing the activities of a certain company, inviting investors, and becoming a marketing person by promoting the products of a certain company, in which case the activities are not appropriate with telex visa B211B approval under a guarantor. So, it is appropriate to suspect that Sergei has committed the violation as referred to in article 122 letter A and article 123 letter B of law number 6 year 2011 concerning immigration,” explained Jamaruli.

The Russian was deported on Sunday 24th January via I Gusti Ngurah Rai Airport to Soekarno-Hatta Airport and then back to his home country. This marks five foreign tourists the Bali Immigration has forcibly repatriated in January 2021.

Previously, Jamaruli noted that Sergei entered Indonesian territory on 31st October 2020 through Soekarno-Hatta Airport. The stay permit for his visit was valid until 29th December 2020, but was then extended to 28th January 2021.

The Russian was recorded as living on Jalan Siligita, Nusa Dua, but he admits he never knew nor lived at that address. He said he rented a private villa in the Berawa area, Canggu and moved several times in Bali and Lombok. The last place Sergey stayed at was at a hotel in Seminyak.

Moreover, Sergey and Alina Oshutinskaya were in the spotlight after throwing their motorbikes into the Bali sea on 10th December 2019. They jumped into the waters at Tanah Anpo Harbor, Karangasem, Bali at the same time with their motorbikes.

The motorbike was thrown into the sea while it was still full of petrol. Their actions were considered to be damaging to the environment.