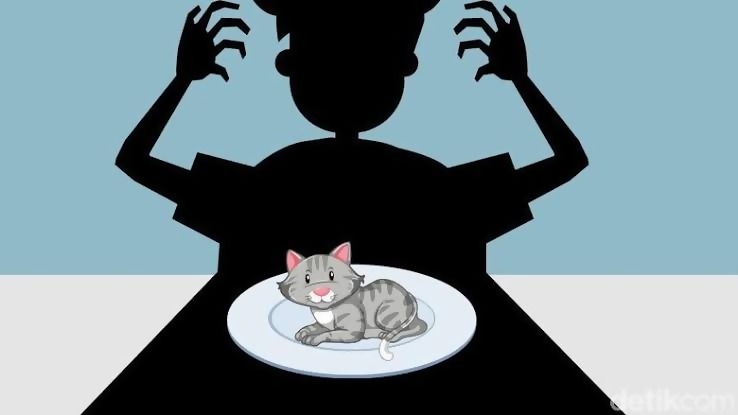 Abah Grandong, a man who ate a live cat in a viral video, will reportedly surrender to the police today.

Arie added that police investigators have met Grandong’s relatives, who confirmed that they will bring the culprit to the North Jakarta police. The police will also arrange a mental health assessment for Grandong. “They will bring Grandong to the police,” Arie confirmed.

A brief video of Grandong eating a live cat recently went viral and sparked a public outcry. Residents of Kemayoran, North Jakarta, were disgusted by the heinous act. Earlier, a police investigation revealed that Grandong, a Banten resident, had been instructed to guard a disputed building in Kemayoran area and prevent food stalls from occupying the place.

During the incident, three food stalls had been set up at the location in question. This then prompted Grandong to eat a live cat to intimidate the food stall owners who refused to leave the premises.