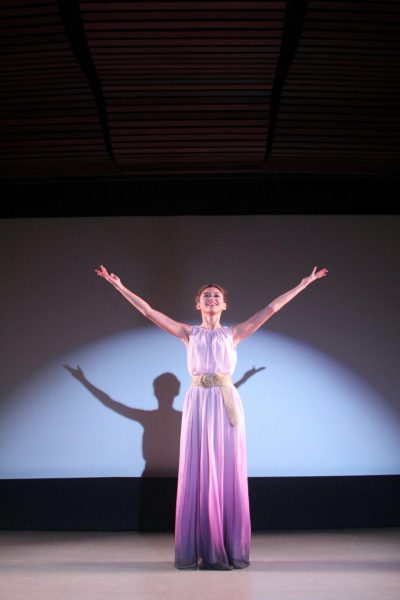 The Jakarta Players will perform “Eurydice”, a contemporary reimagination of the Greek tragedy of Eurydice and Orpheus by playwright Sarah Ruhl. “Eurydice” opens on the evening of April 22, and closes on April 24, at the Auditorium of Institut Français d’Indonésie (IFI) in Thamrin, Central Jakarta.

On the day of her wedding, Eurydice falls victim to a tragic accident that sends her into the underworld. Eurydice must journey to the underworld, where she reunites with her father and struggles to remember her lost love, Orpheus. Full of dark humor, lyrical beauty, and wit, Sarah Ruhl’s “Eurydice” transforms a traditional myth into a visceral, contemporary meditation on love.

Directed by Swedian Lie, the play features a cast of seven, including the award-winning actress Marissa Anita as Eurydice; joined by Wilson Novoa as Orpheus; David Knowles as the Father; Andrew Trigg as the Interesting Man; Han Liya, Andrea Carlene, and Ashley Wutke as the Stones.

“Women’s voices are rarely, if ever, given the proper space to fully express themselves to an audience, and we want to change that with this play, which itself is written by a female playwright. We want to give one of the most iconic female mythical characters, Eurydice, a chance to emerge out of the shadows of Orpheus and the myth and tell her own story—her own wants and wishes—in her own unique way, and ultimately decide the ending to her journey that is not governed by other (frequently male) forces,” Director Swedian Lie said.

TV presenter and actress Marissa Anita (Eurydice) believes Jakarta audiences will be able to take something special home after watching this modern take of the popular Greek myth. “I think Eurydice is such a touching and profound story about loving and losing love. Not just the love of a spouse, but the love between a father and a daughter,” she says. “It’s poetic and lyrical and otherworldly — such a clever modern twist on the Greek mythology. I love playing Eurydice, and I’m excited we’re bringing this story to Jakarta audiences!”

Director Swedian Lie encourages audiences of all ages to come and watch the show. “I think Jakarta audiences would not only appreciate the diversity of voices we’re presenting, but also admire the presence and charisma of a strong woman onstage, which resonates with Indonesia’s own long tradition of strong women leaders.”