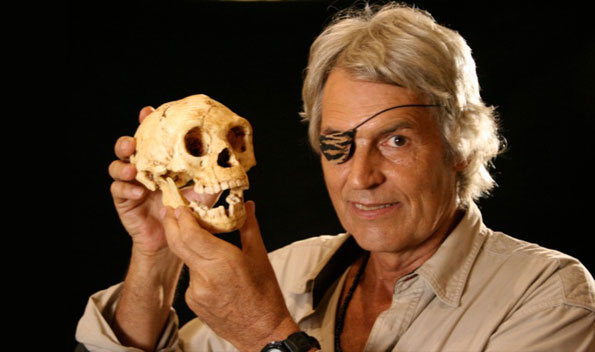 Born during the Blitz, swimming in the Mediterranean when it still had fish in it, schooled in Mexico and France as a boy, Lawrence Blair later pursued an academic career at Lancaster University, England where he wrote one of the first doctoral theses that defined the field of psychoanthropology, earning him a PhD. In 1972 Lawrence impulsively gave up the academic life to join his brother Lorne to make an adventure film in Indonesia. Capturing their experiences in over nine separate expeditions, their five-part documentary film series Ring of Fire: An Indonesian Odyssey was picked up by PBS and the BBC. A condensed fourpart television series won two Emmy Awards in l988, bringing the Blairs international acclaim.

Their journeys around the Pacific Rim took them through one of the richest kaleidoscope of ethnic groups on earth. In their 10 years of wandering the archipelago without guides, radios or compasses, the brothers endured near drowning, starvations, falls and fevers. They were driven by storms in mountainous seas, dropped by light aircraft into jungle clearings, ran unchartered rapids in Dayak canoes, climbed erupting volcanoes, sluiced off roads in monsoon flash-floods, nearly vaporized by an exploding petrol truck and subjected to antagonistic hordes of howling stone-throwing children.

The authors lived among the Asmat tribesmen of Papua, dukun healers in Bali, and the elusive “Dream Wanderers” of Borneo. They encountered deadly Moluccan Blue-Ringed octopus, pythons inside of rancid bat dung-covered caves in Sulawesi and the “dancing trees” of the sensational Greater Bird of Paradise living 80 feet above the ground in the wild rainforests of the Aru Islands. The Blairs’ travel experiences to such places of innocence, adventure and danger were developed into a book, Ring of Fire: Exploring the Last Remote Places of the World, published in 2010 by Editions Didier Millet. 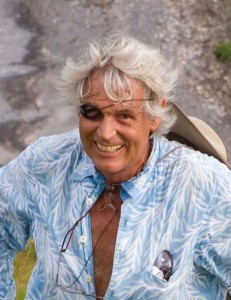 What are your hobbies?
Shells, butterflies, scuba diving, boogie boarding, domesticating weird wild animals and somewhat compulsively writing verse. I love living in Ubud, where our house and garden crawls with creatures.

Who has deeply influenced you?
The 19th Century explorer Alfred Russell Wallace, the prescient 20th Century psychologist Carl Jung and Rupert Sheldrake, the futuristic Cambridge biologist/ philosopher. I’m also impressed by James Lovelock who gave us the Gaia Theory and the late Lyall Watson, the South African biologist/author/explorer who’s left a little-known legacy of mind bending books, still well ahead of their time. If you haven’t heard of them, you will have by 2020, if we’re all still here. I’m a media addict, an omnivorous devourer of documentaries, animated features and anything directed by James Cameron, Peter Weir or Ridley Scott. They’re the dreams of our planet.

Was your Ring of Fire the first book you ever published?
In 1976 I published Rhythms of Vision: The Changing Patterns of Belief in which I discussed arcane topics such as sacred geometry, subtle energy, chakras, spiritual planes of existence. The book is perhaps best known for first discussing the Hundredth Monkey Effect and has been compared to the work of the occultist Corinne Heline and the theosophist Alice Bailey. My friend Lyall Watson wrote the book’s Foreword.

What was your last project?
In 2011, I co-produced Bali—Island of the Dogs, a 55-minute widescreen HD documentary about Bali’s semi-wild dogs. A film about the island’s unique canines was a way of seeing a more complete picture both of Bali, and of people’s attitudes, everywhere, to the wild world of the ‘other.’

What is the film about?
The film is about the history and place in the local culture of the thousands of semiferal dogs which roam the island. Bali Dogs have ancient, uninterrupted genetic memories of the evolution of their closest neighboring species, man, and it was this that I wanted to explore. We look at the way these dogs ‘WHAT WE SEE OUT THERE IS ONLY WHAT WE HAVE IN US TO SEE, AND THAT ‘TRADITION,’ WHICH WE HOLD SO SACRED, CONTAINS BOTH DEEP TRUTHS AND PATHETIC IDIOCIES.’ have become woven into the tapestry of the Hindu lifestyle in Bali, the changes in their relationship with human society, and ultimately their importance to genetic science.

What’s the most critical question that your film tries to answer? 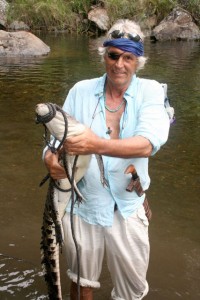 It proposes, yet again, that what we see out there is only what we have in us to see, and that ‘tradition,’ which we hold so sacred, contains both deep truths and pathetic idiocies. It’s useful to note the difference, if we are all to adapt to what’s happening so fast, everywhere on the planet.

Have you made any other films besides Bali—Island of the Dogs?
In 2007 I produced Myths, Magic and Monsters, a fivepart documentary series which explored the world’s rarest and most mysterious reptiles, ocean dwellers and domesticated animals. There are still undiscovered species and tribes of people out there.

How was working on Islands of the Dogs different from working on your other films?
Most of my work is real adventure filming in remote regions, so it was a joy to be working in my own home island again for the first time since the ‘70s, when few people even knew where or what Bali was. The film is more an adventure of the mind and the feelings, and it was wonderful to explore the wilder parts of Bali once again, and to focus, really for the first time, on these remarkable, beleaguered and resourceful island dogs, which I’d long since only seen as just an inconvenient part of the background. I had no idea, until interviewing genetics experts in the USA, of the crucial importance of Bali’s dogs to our understanding not only of the evolution of dogs everywhere, but of just when humans began populating these southern islands.

Do you personally like dogs?
Yes, love ‘em almost as much as cats. As someone said, “a dog comes when you call but a cat takes a message and gets back to you… sometimes.” But it’s nice to be adored for no good reason all the time. I recently had a German Shepherd for seven years, but he died from a cobra bite in the garden. He was love on wheels, but he wasn’t as bright as my parrot, Dicky.