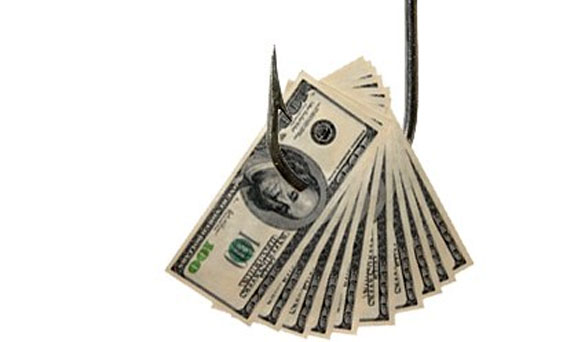 Unlike most scams coming from Nigeria that rely on greed, the Sweetheart Scam preys on heart-strings to loosen purse-strings.

Scammers trawl social networking sites, looking for profiles of white male models, soldiers or even handsome oil workers, choose one, copy his photos – and any videos he may have posted – and then create an online alter ego. They can be British, Australian, Canadian, American or European. Often they pretend to be a widower raising one or two children. Many pose as soldiers or expats working in Africa, usually Nigeria or Ghana.

Once their phony identities are established, they hit dating sites and Facebook, seeking to woo wealthy single women, especially older divorcees and widows. The scammers may ask their new ‘girlfriend’ to send money for business, travel or medical expenses – claiming they cannot collect their salary while in Africa. Or they may pretend a credit card was stolen or lost, and that they are afraid of black people. Once a woman does send money, she will be asked to do so again and again. After a victim realises she has been scammed, she may then hear from another scammer (an accomplice of the first one) claiming to be a law-enforcer, who for a fee can recover all of the swindled money.

Some scammers try to cover broken English by claiming: “I type fast so I make lots of spelling mistakes and ignore grammar.” Real professionals use voice-changers and webcam video footage so they can talk to their victims.

A Nigerian named I.K. Awkuzu living in Jakarta created a Facebook account in which he posed as a Scottish soldier named John Danny, stationed in Afghanistan. He befriended several older Indonesian women online and claimed that Libyan dictator Muammar Gaddafi had given him billions of dollars in cash and jewellery. Victims were informed they had been sent a gift box containing $5 million and jewellery, but they needed to pay Rp.60 million to get it through Customs. After paying, the women would be asked to transfer an additional Rp.150 million for final clearance. Police say Awkuzu reaped Rp.2 billion in one year before he was caught in 2011.

An Indonesian woman named Risa lost Rp.23 million to a scammer who posed as an Englishman with the ridiculous name of Richard Kennethson on Facebook and other sites. He aggressively wooed Risa via Yahoo Messenger (YM) and promised to visit her. Then he announced he had been posted to Nigeria for seven weeks, and sent her his mobile number and a copy of his fake e-ticket to Indonesia. Kennethson claimed to have been offered a government contract worth $180,000 – but he needed to pay an administrative fee of $1,700 to get it ratified. Risa transferred the money via Western Union. Then she was asked to send another $800 for finalizing the contract and did so. The day before Kennethson was due to depart for Indonesia, he did not appear on YM. The next day he sent a message saying he needed $600 to cash his $180,000 cheque. Risa realised she was being conned and held on to her money. Kennethson’s name still shows up like a rash all over social networking sites. Online news portal detik.com was tricked into believing the scammer’s photos and name were genuine, when it wrote about the case in an article that began “Pria bule penjahat (White male villain)”.

‘Jenice’ lost Rp.14 million after she fell in love with a scammer using the name Williams Jones on tagged.com. He claimed to be a widower living in Manchester with his one child. Their relationship blossomed over YM. After a couple of weeks, Willy announced he had sent her a package containing jewellery, laptops and cash, some of which he would use during a planned vacation to Indonesia. Three days later, Jenice received a call from a fake courier, instructing her to pay Rp.14 million to secure delivery of the package. She borrowed the money from a friend and transferred it via Western Union. Next, she got a call saying the package’s contents may be mistaken for terrorist funds, so she should transfer Rp.17 million to get it through Customs. Jenice contacted Willy for advice. He urged her to borrow more money and haggle over the fee. At that point she realized she had been duped.