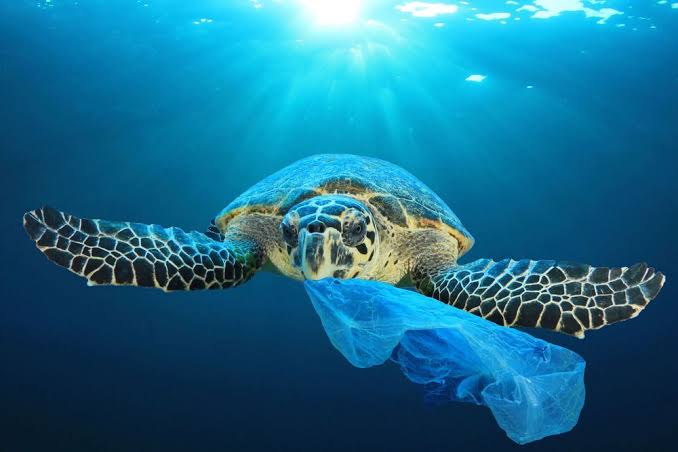 We all have to admit that we are trapped in a world littered with plastic.

From plastic straws to many different items of kitchenware: almost everything we see and use is made of plastic. As the human population increases, the amount of plastic that we use and throw is also soaring. Today, plastic pollution presents itself as one of the biggest threats to marine life, to wildlife, and to humans as well.

The one big question that we all ask ourselves is this; if plastic is such a big threat to all, then why do we still use it? The answer to this is quite simple. Plastic is relatively cheap, light-weight, and malleable or in other words, it can be made into nearly any desired shape. But the one major property of plastic that makes it extremely useful is that they are durable. It simply means that it is long-lasting, water-resistant, and able to withstand pressure or damage.

Just like other countries in the world, Indonesia is also dealing with this critical situation. The degree of plastic pollution in Indonesia is exceedingly high, and it is posing numerous and adverse consequences to its environment. Indonesia generates approximately 24,500 tons of plastic waste daily. Out of this, almost 20 percent ends up in Indonesia’s rivers and coastal waters. A study carried out in 2015 revealed that Indonesia is the second-largest country that releases plastic pollutants into the ocean.

Plastics are non-biodegradable. They don’t decompose or break down as readily as other materials do. Scientists estimate that it takes around 1000 years for plastic to fully deteriorate. Plastic waste continues to accumulate as we keep discarding it. “Many of these products, such as plastic bags and food wrappers, have a lifespan of mere minutes to hours, yet they may persist in the environment for hundreds of years,” says National Geographic.

Every day, the lives of innumerable marine animals are being threatened by massive tons of plastic that leak into the ocean. By 2050, researchers predict that there will be more plastic than fish in the oceans. Inhabitants of the sea, for instance turtles, are being adversely affected by plastic pollution. They misinterpret plastic bags to be jellyfish and ingest them, these plastic bags get stuck in their throat and strangles them, eventually causing death. “A baby turtle that washed up in Boca Raton, Florida, died shortly after it was found with 104 pieces of plastic in its stomach,” CNN reported. Moreover, turtles and other marine animals are likely to suffer malnutrition from plastic consumption.

Plastic that escapes into water bodies heavily contaminates the water. Harmful chemicals released from plastics and micro-plastics themselves are consumed by fish, eventually ending up in our food chain. This is very hazardous to human health as it can cause numerous intestinal and other complications.

Tourism generates around two-thirds of the 33,000 tons of plastic waste that flows into Bali’s seas. This can be disadvantageous to Bali’s tourism industry, since plastic waste spoils the natural aesthetic of the beaches and coral reefs.
Many countries, including Indonesia, burn plastic wastes to readily minimise the amount of towering garbage at dump sites. Unfortunately, this emits a lot of toxic gases and poisonous smoke into the atmosphere. Long-term exposure to this can lead to eye irritation, respiratory infections, and even cancer. Simultaneously, these gases corrode the ozone layer that protects us all from the sun’s harmful ultraviolet rays. Moreover, these act as greenhouse gases and trap the heat within the Earth, thereby giving a helping hand to global warming.

Our Earth is currently in a very critical condition. Aside from enduring global warming, the pressure is ten-fold because of plastic pollution. The Earth has become a place filled with mountains of plastic waste. If nothing is done to eradicate this threat then the consequences will be much more catastrophic.

Our choices, to a large extent, decide the condition of our Earth. Therefore, as an individual, each of us can play a role to bring down the magnitude of plastic pollution. Each one of us needs to take responsibility to save the Earth. Luckily, there are many solutions to prevent plastic pollution from rising. We must make lifestyle changes and follow the 3Rs – reuse, reduce, and recycle – daily. We must also keep in mind to eliminate single-use plastics in our lives. Single-use plastics are the most problematic, compared to any other type of plastic because once used, we have no other choice but to throw them away. Carry your reusable shopping bags whilst grocery shopping and use a straw made of stainless steel or bamboo when drinking iced coffee from your favourite coffee shop. Avoid drinking bottled water or any other bottled beverages. We must also use and encourage others to use bioplastic shopping bags since they are eco-friendly and just takes about three to six months to degrade.

The earth is in our hands. The choices that we make will have an immense impact on this planet we call home, and eventually ourselves. Therefore, we must always think about the consequences of using plastic before using them!

See: Ocean Clean Up: Interceptor as A Solution for Ocean Plastics