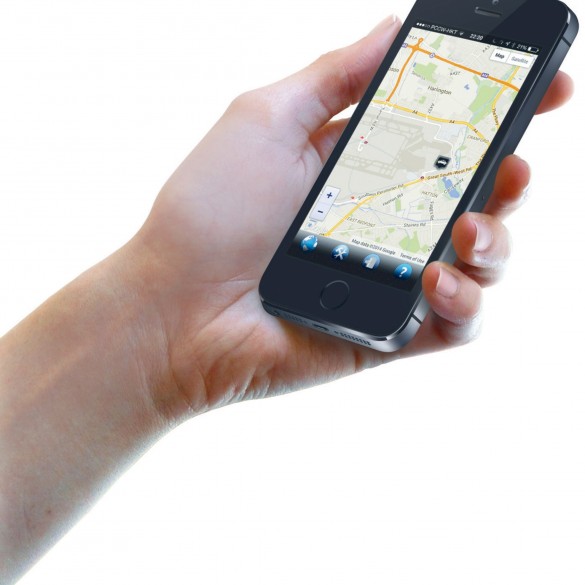 When growing kitchen herbs, I generally read the packet then enjoy acquiring new knowledge through trial and error. Some people, however, prefer to download an app that will remind them when to water their plants and what’s going on with the soil and so forth.

When I look at the stars, I like to see how many constellations I can recognise and go on a reverie of all the pleasant but useless knowledge acquired from a Classics Degree. Alternatively, my friends point their phones aloft and their apps give them an instantly forgotten tour of the cosmos. To teach my daughter, we sit with videos and books and communicate. Now there are apps for this, too.

When we go some place new, I dislike asking for directions and was unusually enthusiastic when my wife purchased a new i-Phone with talking GPS. With this little tech miracle, Bandung would be our oyster.

We arrived 27 May from a visit to the UK; a country obsessed with demonizing cigarettes and alcohol in the stolid belief that if you don’t smoke or drink, you’ll never get ill and die in your sleep – and if you get cancer, you must have something wrong with you – and we really do drink a mind-boggling amount of tea. We returned to Indonesia to start fresh in a new city, and our first purchase was a new Honda motorbike. I then acquired two adult helmets, a plastic ‘Frozen’ helmet for my six-year-old and a moulded bit of crap for our one-year-old – safety first.

All set, we hit the roads in search of a mall or market that’d sell us furnishings. For the first few days, we navigated by asking directions and trailing behind kind people happy to show us the way, which must have added minutes to our journey. Then came the i-Phone with satnav; the 21st century.

Bandung nestles in a basin at 700m. We reside atop Jl. Dago, the posh bit to the north. It clings to the steep hillsides with houses giving each other piggy back rides. The road to my house is a coiling bit of spaghetti draped at 45°s and barely wider than my elbows, with vertical drops into the valley. You need a stiff drink before contemplating drink driving.

One morning, we set off for the mall. Deposited from the writhing intestines of our new neighbourhood, we descended the congested main roads of Jl. Dago and Jl. Ir. H Djuanda. Easy peasy. Then wife began her navigating.

“Turn right at the front!”

“What do you mean right at the front?”

“I keep telling you, there is no at the front! Say ahead! How far ahead?”

And on it went with such classics as:

“I can’t just bloody turn! Give me some warning, for God’s sake!”

“There! Where I’m pointing at!”

“You’re flaming sitting behind me and I’m wearing a helmet!”

All the while our children were sandwiched between with ambivalent expressions.

The GPS eventually took us up, maybe Jl. Ganeca. ‘A shortcut’ I was assured. More invisible pointing ensued and barked orders to turn like a Tron bike. We ended up doing a wide circle in static traffic and rejoining Jl. Dago at red lights measuring the passing of ages. It would have been frustrating if it had only been the once, but the GPS conspired to take us round the same loop four times before we found the shortcut.

We’d missed the turning because it had been microscopic, and as we entered it only got tighter, like Alice entering Wonderland.

It wasn’t until our knees were scraping the sides of houses while facing down on-coming bikes that I realised what I’d become – one of those people who follow their satnav into a field or quay.

There were actually points where the road/ledge dropped into a turbid river.

We were spat out of the kampung right outside the mall, on a one-way street, and had to go another several miles round the houses to get back to the entrance. And to add diatribe to injury, the mall was horrible.

Several days later, and with suicidal amnesia, we struck out to explore Lembang and the volcano beyond. Same story. The app tried to fool us into another steep and narrow kampung before beckoning us up the backside of the volcano and into a tea plantation on a road of treacherous scree. Again lost in the ‘pung, we even had to pay to get into the plantation, whereupon the app said we had to cut through the verdant terraces to achieve our destination. And we almost did it. We almost did as it demanded because why would something without a soul lie to us (disregarding politicians and lawyers). And it was then I realised: either I was really, really stupid, or the GPS was trying to kill us. Saddle-sore to the point of walking like fans at a John Wayne convention, we gave up.

During our first forays, it had cost us 15 minutes to ask directions and trail people around. Then, with the satnav app, it’d cost us hours of our day, haemorrhoids, our self-worth and almost our lives. The gadget put me in mind of that classic 80s horror: Christine, the possessed Cadillac that killed all but its crazed owner. Perhaps that would be the perfect follow-up; Christine Returns with satnav installed. Or perhaps given Bandung’s topography, an installed GPS would be the perfect storm for Herbie to truly go bananas. Either way, at the end of it all, we got to see a lot of Bandung, and I can confidently add GPS to the comprehensive list of apps I hate.

The Circus of Dreams

Leaving Behind Nothing but Your Footprints