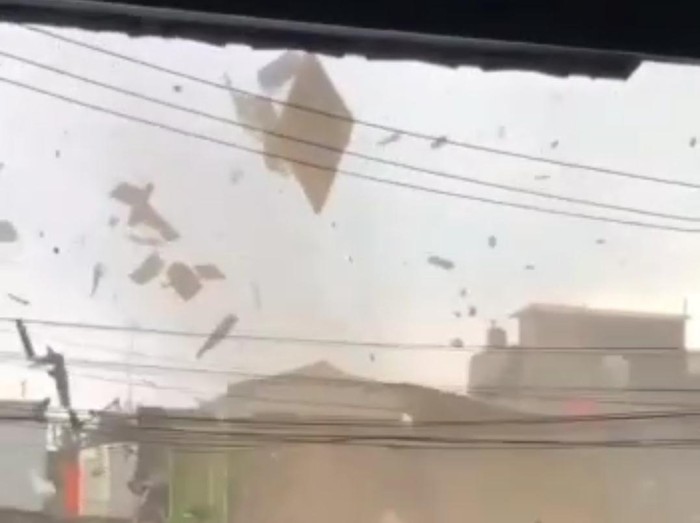 A tornado hit the city of Bandung causing several roofs of buildings to be blown off and damaged on Saturday.

A video recording of the tornado has gone viral on social media. Filmed on Saturday 14 May 2022 at 4:37 local Bandung time/WIB, a few seconds of strong, spiraling wind hit the Cipamokolan area in Bandung City.

In the video, several trees appear to be swaying as well as the power cables. A stall is also seen to get badly damaged.

“An assessment is being carried out,” said Gun Gun when asked for details.

It is not known whether there are any casualties and the number of buildings damaged until this has been reported by Detik.com.