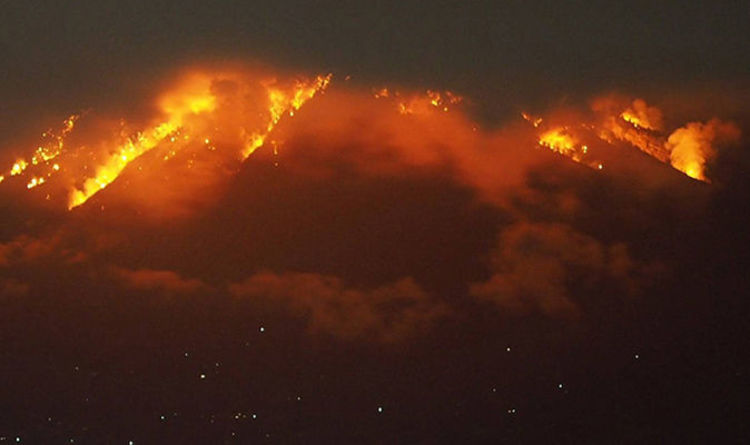 Authorities have raised the alert level for Mount Agung in Karangasem regency, Bali, to Siaga (watch) status, or Level III of the four-tiered Indonesia volcano alert system, after it erupted and emitted lava at 9.04pm local time on Monday.

The Strombolian eruption, which is usually characterized by short-lived, explosive outbursts of incandescent lava ejected a few dozens or hundreds of meters into the air, was the largest eruption that occurred since Mt. Agung began erupting in November last year.

Monday evening’s eruption lasted 7 minutes and 21 seconds, and caused fires to break out in forests within a 2-kilometer radius from the volcano’s peak.

Officials at the Mt. Agung observation post recorded another eruption on Tuesday at 4.13 am local time. During the eruption, which also lasted around 7 minutes, the volcano spewed a 2,000-meter-high ash column and thick smoke into the sky that later headed westward.

“People must vacate [areas] and avoid any activity within a 4-kilometer radius from Mt. Agung’s peak,” the Center for Volcanology and Geological Hazards Mitigation (CVGHM) said in a press release on Tuesday morning.

The CVGHM also warned people living near rivers and other waterways around Mt. Agung to be aware of the potential cold lava flows that might flood them during heavy rain.

Malaysian Sentenced to 7 years in Prison for Drugs