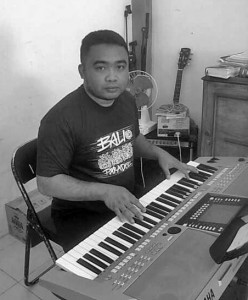 A churchgoing keyboardist posed as a playboy and robbed at least 24 high-class prostitutes in four cities, until he made the mistake of stealing from a drug lord’s wife.

Jimmi Muliku is a 33-year-old keyboard player who posed as a spendthrift businessman so he could meet high-class prostitutes, have sex with them and then rob them.

He was born in North Sulawesi to parents who were active in the church, but his grandfather squandered the family fortune on a mistress, resulting in a feud that culminated in the murder of Jimmi’s father, a pastor. With no inheritance, Jimmi dabbled in crime, allegedly stealing rental cars, and musical equipment from churches.

After trying various jobs in East Java and South Kalimantan, Jimmi moved to Jakarta in 2010 and rented a simple room in Cempaka Mas. Perusing a tabloid newspaper, he noticed numerous classified advertisements for call girls. He decided to steal from prostitutes, figuring the expensive ones would be the most lucrative targets.

He met his first victim at a hotel on Jalan Pecenongan in Central Jakarta. He stole her two smartphones and later sold them for more than the hotel suite had cost him.

Jimmi could not stay at the same hotel twice, for fear of being recognised, but he realised he could double his loot by booking two or more women to visit at the same time.

After at least eight robberies, Jimmi was arrested in 2011 and sentenced to two years in jail. He was paroled in January 2013 and resumed his former lifestyle. By July, he had robbed another 18 women in nine hotels across four cities; Jakarta, Bogor, Bandung and Jogjakarta. He also had a regular girlfriend, who worked as a TransJakarta bus driver.

One of Jimmi’s biggest hauls came from a university student, whom he robbed at Grand Aquila Hotel in Bandung. She had been carrying S$10,000, HK$700, an iPhone 5, a BlackBerry Q10, a BlackBerry Dakota, a white gold necklace and matching ring, and a watch. Jimmi also took the woman’s ATM card, helping himself to Rp.70 million.

The stocky conman didn’t dress to impress, apart from wearing a massive fake gold chain. He would frequent upscale karaoke bars, buy expensive drinks and befriend the mamasans, telling them he wanted models and students, like those hired by government officials and legislators. The overnight price for such women ranged from Rp.5 million to Rp.15 million. 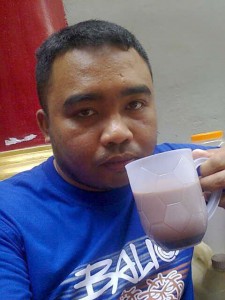 Sometimes, Jimmi sent his targets a photo of an enticing pile of cash on a bed. He often ordered two call girls together but avoided threesomes because it was difficult to incapacitate both women simultaneously. He would start in the bedroom with one woman, while the other would be told to wait in the lounge room.

After satisfying his lust, he would handcuff and gag the naked victim, bind her limbs with duct tape, rob her and call in the next woman. Jimmi filmed some of the women, threatening to release the nude footage if they went to the police. After leaving the hotel, he would telephone reception, requesting that a maid tidy his room, whereupon the prostitutes would be discovered.

Jimmi insisted the sex was always consensual because the women were expecting to be paid. He claimed he never assaulted the women, but only tied them up and threatened them with a knife to get their banking details.

Within seven months, Jimmi had stolen at least 27 smartphones and tablets, five gold necklaces, five gold rings, six watches, several diamonds and cash equivalent to about $44,450. He usually flew to the East Java capital of Surabaya to sell his loot, and he spent most of the cash.

His downfall stemmed from June 14, when he took a university student to Harris Hotel in Kelapa Gading, North Jakarta. After stealing her three phones, cash and jewellery, he ordered her to call a friend to join them. The friend who came was Anggita Sari (21), a model for men’s magazines. Three months earlier, she had married Freddy Budiman, a powerful drug lord who was on death row, yet still running a massive ecstasy operation from his cell at Jakarta’s Cipinang jail. Jimmi tied up Anggita and robbed her, but was alarmed upon learning the identity of her husband.

Police suddenly increased their vigilance and on July 6 swooped on Jimmi when he had two models in a suite at Grand Mercure Hotel on Jalan Hayam Wuruk. The women, who had each been promised Rp.15 million, were shocked when police showed them the bedroom safe contained a knife, a roll of duct tape and sets of handcuffs.

Jimmi could face nine years in jail for theft involving threats of violence.