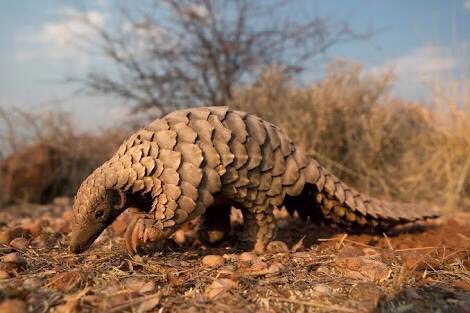 More than 100 endangered live pangolins have been discovered and seized by Indonesian officials following a raid on a fishing boat off the coast of Sumatra. The Indonesian navy was tipped off by local residents.

In the subsequent raid, two men aged 22 and 25 were arrested after they confessed they were paid money to transport the pangolins to Malaysia. The pair could be charged for violating Indonesia’s conservation law and may face a maximum of five years imprisonment and a fine of Rp.100 million for their actions.

“We received 101 live pangolins seized by the navy yesterday (Tuesday) but four of them later died,” said the head of a local conservation agency, as quoted by todayonline.com .

According to the Wildlife Conservation Society (WCS), an organization that works with Indonesian authorities to halt wildlife smuggling, the shipment was worth about US$25,000 wholesale, but could be sold for as much as US$1.5 million on the international market.

Pangolins are indigenous to parts of Southeast Asia and Africa and are the world’s most trafficked mammal. Pangolin are docile animals with thick armour. Its meat is considered a delicacy in China and their scales are sometimes used in the production of crystal methamphetamine.

The rising demand for the animal over the past decade has led to around one million pangolins being captured and smuggled from Asian and African forests, sending them to near extinction.