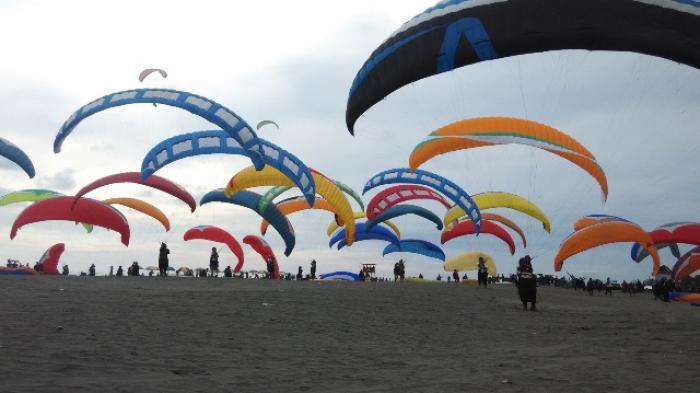 The end of April is a shorter work week and, if a non-Bali getaway beckons, the 12th Annual Yogyakarta Air Show might do the trick.

The spectacle, running from April 26 to 30, promises aerial acrobatics and formation jumping that will break (national) records. The air show and a string of sporting events preceding it promise to bring in hundreds of thousands to the sultanate, according to a February report in Tempo.

While fast paced aerial acrobatics will be overhead, for travellers through the beleaguered Adisutjipto International Airport a decidedly glacial pace awaits. While a new airport is planned in the neighbouring Kulon Progo Regency, the existing hub is bursting at the seams. The airport accommodated 7.1 million passengers last year, more than three times its capacity.

Air connectivity is a huge issue for the government, which has embarked on an airport expansion blitz in recent years. President Joko Widodo has a penchant for targets. Tourism is no different. He wants Indonesia to handle 20 million foreign visitors each year before the end of the decade. That’s compared with the roughly 12 million last year.

To handle that, many bums travelling into and around Indonesia will need about 30 million airline seats, according to a report in travel trade publication TTG Asia, which cited Arief Yahya, Indonesia’s trade minister.

The trouble is the country’s airlines only have 20 million airline seats shared between domestic and foreign carriers, the report said.

More seats, means more planes, which means more congestion for hubs like Adisutjipto, which can currently only accommodate nine

See: Dutch Tourist Dies After Getting Hit By Train in Yogyakarta

Indonesia Falls Behind Malaysia and Vietnam in English Proficiency

Trans Sumatra Toll Road to be Extended this Year

Down but Not Out in Tanjung Priok