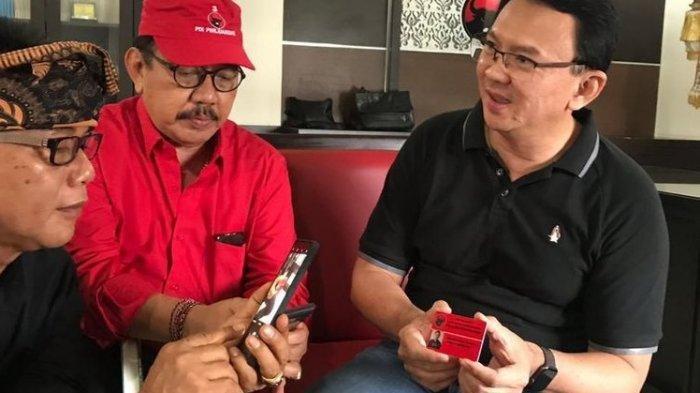 Mr Basuki, who now wants to be called BTP instead of Ahok, announced on Friday that he has joined the Indonesian Democratic Party of Struggle (PDI-P), the biggest party in Parliament, raising speculation over whether he would be campaigning for Mr Joko, his close ally who is seeking re-election in the April 17 polls.

BTP lost the 2017 gubernatorial election after his opponent played the religion card, triggering massive street rallies involving tens of thousands of Muslims protesting against him. He was later convicted of blasphemy against Islam. He was sentenced to a two-year jail term and was released on Jan 24.

A senior PDI-P official said yesterday that BTP will not be involved in the ongoing presidential campaign because of personal matters. PDI-P secretary-general Hasto Kristiyanto told The Sunday Times: “He will not take part in the campaign as he has his own agenda abroad for 21/2 months.”

Mr Hasto also said that as an ordinary party member, BTP will be given assignments and undergo processes such as political training.

Self-Defence Classes & Muay Thai: For a Woman’s Protection? Maybe not. For Fitness, yes!