The health of the Earth’s environment and the sustainable management of its organic (carbon-based) and non-organic (non-carbon-based) resources, is at or very near the top of most governments’ political agenda. This has to be good for mankind and for the planet but is it delivering the kinds of changes that need to be made if we as a global society are to deliver, for example, clean water and sanitation to the billions of people without access to such basic services, or provide basic health care and education to billions of poor people, while at the same time conserving our water and agricultural resources to feed an expanding global population?

Concern for the natural environment is not new and has been a guiding principle of many development programs initiated by governments, multi-lateral and bi-lateral funding agencies during the latter half of the twentieth century but with a very mixed record of success. What is new in the twenty-first century is the all-embracing political clout that the environmental movement, in its myriad forms, has acquired in tandem with the whole-hearted support of academia and state-sponsored scientific organizations. From being something of a ‘fringe’ movement often ridiculed for it tree-hugging antics or concern over the fate of an esoteric insect in the face of a new by-pass, environmentalism has in a very short time become quite simply the most powerful and well-funded civil society movement in history.

What has bought this about?  No mystery here – the fear that human activities, particularly the burning of fossils fuels and organic matter in all its forms, is increasing the temperature of the earth through the emission of carbon dioxide and other green house gasses. Such emissions, it is argued, could lead to dangerous over-heating of the planet with dire consequences predicted for water supplies, rainfall patterns, human health and the low-lying coastal areas and many coral atolls that will be submerged by rising sea levels caused by melting ice sheets and glaciers. This fear and the ‘doomsday’ scenarios that are the standard fare of the world’s media, has focused the attention of international agencies like the UN and its member states on this complex issue. Meteorology and its regional longer-term counterpart climatology, have transformed from being small but interesting or daunting, depending on your comfort level with physics and chemistry, parts of ‘O’ and ‘A’ level geography, to being the core disciplines surrounding the man-made (anthropogenic) global warming debate. Such exposure of two arcane disciplines in our globalized and interconnected society has, inevitably and unfortunately, created a vast body of instant experts whose vitriolic ramblings for both sides of the debate fill the internet bulletin boards. 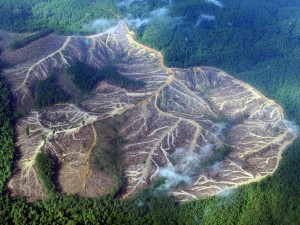 The media are hardly blameless here since it is they who fuel the debate with ever increasing numbers of alarmist and catastrophic scenarios for the future of our planet in a warming environment based very largely on the higher range of predicted temperature increases and rises in sea-level from the Inter-Governmental Panel on Climate Change (IPCC ) Assessment Reports. So, how is the layperson supposed to navigate his or her way through this minefield of fact, fiction, exaggeration, hyperbole and deceit in what is touted frequently as the greatest challenge facing mankind? Firstly, by establishing some self-evident truths and correcting a few common mistakes and misconceptions that are frequently trotted out by the media when climate change is discussed.

Truisms
The first truism or self-evident fact is that the collective efforts of governments to curb green house gas emissions through the Kyoto Treaty have been an abject failure (GHG emissions have continued to rise even though Kyoto demanded a very modest reduction of 5% below 1990 levels) and there is no likelihood of a replacement protocol being agreed by the 193 member-states of the United Nations (UN) in the foreseeable future as so clearly demonstrated by the hugely expensive failures of the Copenhagen, Cancun and Durban Conference of Parties (COP) summits to come up with any binding agreements. The second truism is that the developed world will not turn off the lights or even dim them and the developing world will not slow down economic growth to curb GHG emissions over the next 25 years, at the very least. The third truism is that carbon trading schemes are logically flawed since they will only encourage those who can ‘pay-to-pollute’ to continue to do so and will, in the end, benefit the very type of stock traders and brokers who were partly responsible for the recent global banking crisis.

Misconceptions
One of the most common misconceptions concerning climate change that appears in both the popular media and, surprisingly in some scientific journals is the reference to a global climate. The physics and chemistry of the gaseous envelope surrounding our planet called the atmosphere and its interaction with the solar heated land and ocean surfaces creates a myriad of local weather events (meteorology) which when averaged over a 30-year period provide the basis for defining regional patterns of weather which are generally referred to as climates. The classification of different climates is one of the pillars of the science of climatology and the most frequently used climate classification system is that of Wladimir Köppen devised in 1900, updated by Rudolf Geiger in 1961 and most recently updated in 2006 by the Climate Research Unit (CRU) at East Anglia University and the Global Precipitation Climatology Centre (GPCC) at the German Weather Service using temperature and rainfall data sets for the 50-year period 1951 to 2000.

In the latest update, 31 different climate classes are recognized and the resulting world map of climates  correspond quite well with the historical hand-drawn maps of the Köppen-Geiger climates but shows more regional details due to the higher spatial resolution of 0.5 degree latitude/longitude data grid. The predicted rise in the average global temperature, whether caused by increased man-made greenhouse gas emissions or more natural processes associated with an inter-glacial warm period which our planet has been experiencing since the end of the last Ice Age approximately 11,000 years ago, will have both positive and negative impacts on mankind and the world’s flora and fauna within each of the 31 climatic zones or climates recognized  by two of the prime references and data sources for the IPCC Assessments. Even within a climate zone, the impact of local influences such as mountains, lakes, proximity to the coast and, in the case of Indonesia, the vast number of small islands, will modify any general regional climate changes.

The second misconception perpetrated by the media, the more extreme adherents to the man-made global warming mantra and some governments is the oxymoronic dictum to “Stop Climate Change”. Climates change, with or without man’s help; they always have done and will continue to do so; the geological and the historical record provide unequivocal proof of this. One may as well try to stop the tide coming in, as history records King Canute attempted although to be fair to him, he did so to prove to his courtiers the limitations of kingly power, as stop climates changing. The degree to which human activity can influence the nature and degree of such changes is at the core of the climate change debate. Undoubtedly at a local level, man’s activities can have profound and long-lasting effects on local climates. In Indonesia, the long-term felling of forests in parts of North Sumatra, for example, has reduced local rainfall and created extensive areas of semi-arid grassland in an area surrounded by lowland tropical rain forest. The ‘dust bowl’ of the American mid-west is perhaps the most well known example of the misuse of land causing extensive changes in a regional climate. But in a world where statistically the local Pawang has as much chance of stopping rain over any given area as a silver iodide cloud seeding sortie by an aircraft has of inducing local rainfall – about 50% or the toss of a coin – the idea that man can regulate the temperature of the planet in a predictable and controlled manner through a worldwide consensual reduction in carbon dioxide emissions, one of a number of potential climate change forcing agents, as one might adjust the temperature on a thermostat is one that many scientists and lay people have difficulty coming to terms with. Some believe it belongs firmly in the realm of science fiction and suggests a scientific arrogance born of the mistaken belief that the science of climate change is settled. It is far from settled as an increasing number of peer-reviewed articles presenting less extreme scenarios for a warming planet and rigorous data sets that run counter to the general warming-more extreme weather event- melting ice caps- coastal inundation scenarios put out by the media, are being published.

Science is never settled but is continually seeking to test to destruction any hypothesis; it is how science progresses and the very idea of science by consensus, the phrase so often  used by both the media and found in respected scientific journals when referring to climate change, runs counter to the very basis of scientific research. As the great nineteenth century English biologist T.H. Huxley, famously remarked, “The great tragedy of science is the slaying of a beautiful hypothesis by an ugly fact”. In the anthropogenic global warming debate there a number of ‘ugly facts’ out there to render any claim that the science is settled invalid. Foremost among these is the existence of the Roman and Medieval Warm Periods when temperatures in Northern Europe were between 10 and 30C higher than today, grapes were grown in England as far north as Hadrian’s Wall and olive trees grew in the Rhine Valley, all at a time when CO2 emissions were but a fraction of what they are today.

Notwithstanding all of the above, what can governments and individuals do in the face of these realities? If we either cannot or will not agree to curb greenhouse gas emissions to the levels a large number of scientists believe is necessary to stabilize the world’s climates then we must adapt to and mitigate for changes in regional climates at national, regional, local and individual levels. The polarized debate on climate change is now of limited value and, it can be argued, counterproductive since it diverts attention, resources and finance away from climate change adaption and mitigation and takes us even further away from providing the basic necessities of health care, education, clean water and basic sanitation to the world’s population while sustaining our ecosystems and developing renewable sources of ‘clean’ energy.