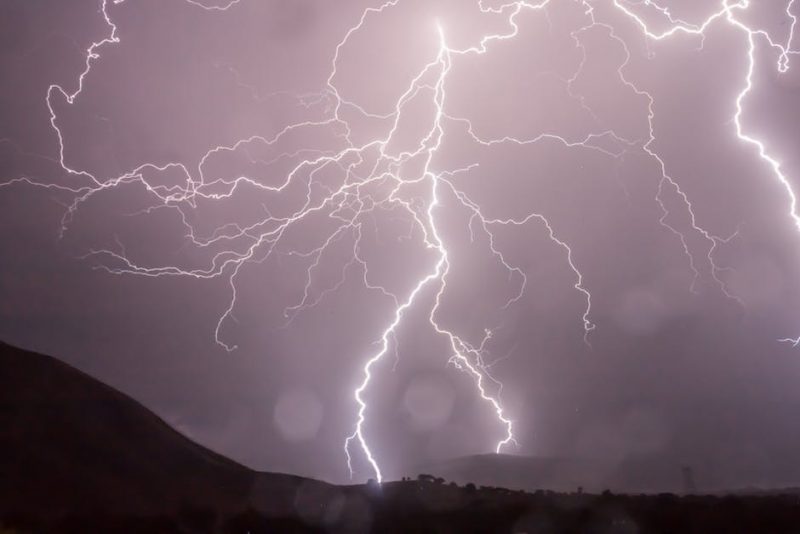 On April 23, 2017, three hikers on Mount Prau in Central Java died after being struck by lightning. The unfortunate incident occurred when a group of 11 people hiked from their base camp at Patak Banteng and decided to spend the night on Mount Prau.

The next day, the group decided to go down into the valley due to heavy rain on top of the mountain. They pitched their tents near the mobile signal transmitter tower. Not long after, lightning struck their location, killing three members of the group.

After the incident, one of the survivors said the strike may have been triggered by one of the hikers who opened his mobile phone after detecting a signal in the area.

In addition to three fatalities, the lightning strike caused severe burns to six of the hikers and minor burns to two of them. Those who died were identified as private sector workers named Deden Hidayat Maulana (31) from West Java, Aditya Agung Darmawan (30) from East Jakarta and Adi Setiawan (31) from East Jakarta.

After learning of the accident, a search and rescue team, Wonosobo police officers, Health Department officials, public health officers of Kejajar and Garung, regional public hospital officers and residents who live near the Mount Prau joined efforts to help evacuate the victims.

Due to the dangerous weather conditions, the evacuation took four hours, from 4pm to 8pm, despite the location only being three kilometres away from Patak Banteng. Officials reported that the rain made it difficult for the search and rescue team to reach the site of the accident.

The duty manager of Setjonegoro Regional General Hospital (who goes only by the singular name Hodo) stated that the bodies of the three victims were sent to funeral homes in West Java and East Jakarta, while the other eight surviving victims are currently hospitalized with one of them still in intensive treatment. Hodo also stated that the survivors may be all be suffering from various forms of trauma after the incident.

Following the accident, the Wonosobo local government and district police decided to temporarily close the hiking trails on Mount Prau for the next eight days. The reason for the closure was recurring extreme weather including thick fog, heavy rain and lightning, which continues to strike in Dieng and surrounding areas.

The public relations and affairs head of Wonosobo emphasized that heavy rain in the Dieng area could be dangerous for hiking.

To ease the disappointment of other tourists who had plans to go hiking in Dieng, the administrator of the base camp suggested that hikers instead enjoy the sunrise from the top of nearby Sikunir Hill, which is currently considered safer than hiking Mount Prau.

See: Officials Aim To Control The Overpopulation Of Bali Hotels