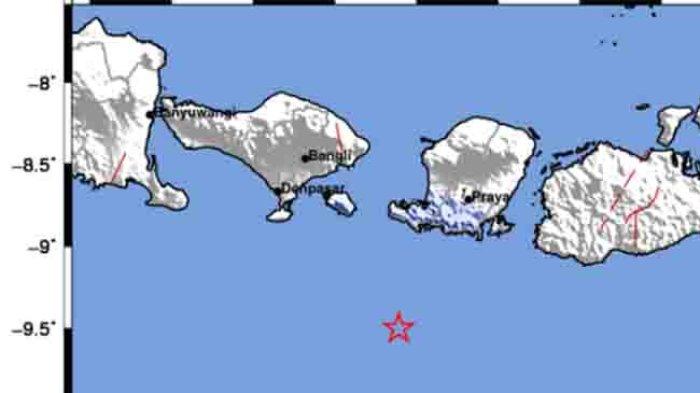 Bali was rocked by the earthquake that occurred in West Lombok, West Nusa Tenggara with a magnitude of 4.4 on the Richter scale.

It struck during the Global Platform for Disaster Risk Reduction (GPDRR) Forum series which was being held on Wednesday 25th May 2022.

The earthquake that occurred a few seconds later was detected at a depth of 24 km. According to the results of the analysis of the Indonesian Agency for Meteorology, Climatology, and Geophysics (BMKG), the epicentre of the earthquake was at coordinates 9.50 south, 115.89 East.

Head of BMKG Region III Denpasar Cahyo Nugroho stated in his official release that after observing the location of the epicentre and the depth of the hypocentre, it was confirmed that the earthquake that occurred Wednesday morning was a shallow earthquake due to active fault activity on the seabed that often occurs in the slab or intra-plate area.

“Until now, there have been no reports of the impact of damage caused by the earthquake,” he said.

BMKG Region III Denpasar also noted that, so far, there has been no aftershock activity. Even though it had shaken Bali, which was the host of the Global Platform for Disaster Risk Reduction (GPDRR) Forum for a moment today, the Indonesian Agency for Meteorological, Climatological and Geophysics said the earthquake did not have the potential to cause a tsunami.