Having already started a pastry shop in December 2019 in the trendy Canggu district, this young entrepreneur has now opened a Dessert Bar right on top of it. Both places bear the name “Vincent Nigita Pâtisserie” and are supposed to rock the place like never before.

Don’t be mistaken, we’re not here in the usual bakery-pastry shop like the many outlets that have flourished on every Bali street corner over the last ten years, fulfilling the need for croissants or baguettes of the average Western residents.

We are into something far more sophisticated, which reflects the search for perfection by this 29-year-old originating from Bordeaux and raised in the culinary capital of France: Lyon. To give you an idea, when he’s talking about the famous éclair, don’t expect the regular chocolate or coffee ones. Look, instead, for some experimental berry ones!

The same goes for the world-famed and archetypal macarons. When Vincent Nigita works on them, you can bet he is going to come up with some innovative tastes, using, for example, local Indonesian fruits to create a completely new range of delicacies with combined flavours.

Hence the Dessert Bar project, construction, decoration, and final touches for which have been completed in the last few months. This new, trendy place in town will offer the perfect playground for gourmets in Bali, with a three-step menu; two sweet dishes for one savoury, with a price tag of Rp390,000. As the coronavirus still takes its toll on Bali’s economy, the Dessert Bar is currently open only every Friday from 7pm to 1am. 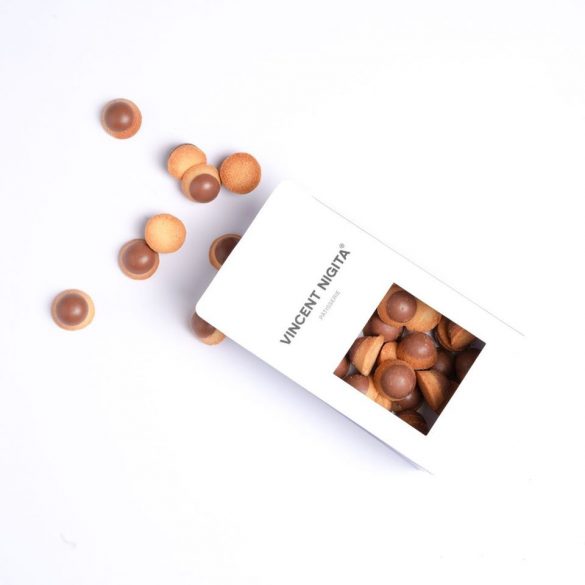 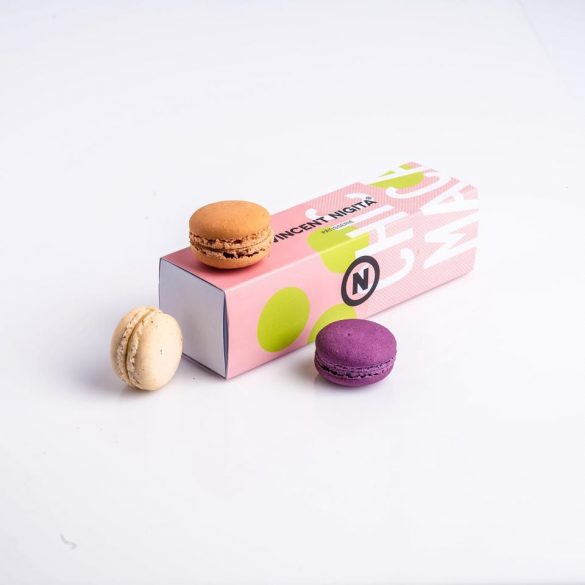 “The keywords for the Dessert Bar are experience, slowness, emotion, and discovery. I want it to be an absolute and unforgettable involvement starting from the outside. For instance, when you leave your car with the valet, you’ll have it washed by the time you dine. All details matter, even the restroom, and the music in the stairs or the cutlery,” Vincent Nigita explains with passion.

He adds: “The menu; it’s me, my life, my discoveries, my tastes, my spices, my ingredients. All the emotions I’ve felt in the many countries I’ve visited.” The a la carte menu will offer eight different signature desserts, each of them with a suggested pairing with a cocktail. These will be renewed by “chapter” roughly every three months, he mentions.

The pastry shop has already found its customers in the local Western residents and also the ever-curious crowd of wealthy Jakartans who spend their weekends on the Islands of the Gods. Indonesians discovered fine chocolate some time ago and then tasty sorbets and gelatos, Vincent Nigita is betting on the fact that the country is now ready for his R&D type of sophisticated pastries.

“My ambition is to be featured in the best of international gastronomy guides, therefore bringing the name of Bali to the top of the list and helping people to discover new things.

When I say I aim to involve my customers in an experience, I mean it. The courses will be dressed in front of them and I’ve already told my pastry chefs to speak with them, to share their passion,” he details.

When asked why he chose Bali to start a new career in his own name, he answers that he has listened to his heart. Well, one would have thought that New York, Paris, or even Dubai would have been a better bet to impose his brand on the world scene, but no, this is going to be Bali. “I’ve received many offers to open somewhere else,” he asserts.

This young pastry genius has acquired a famous pedigree in a short time. After training in a pastry school for almost four years at a young age, he started his professional career in the ski resort of Courchevel in France, where he learned the ropes.

Victim of a snowboarding accident that left him in a wheelchair for eight months, he took the opportunity to write his first recipe book. Having recovered, he then moved back to Lyon where he joined the famous, one Michelin star restaurant of Cours des Loges Hotel. His wish was to meet with the prestigious chef, Pierre Gagnaire, in Paris.

He did this soon after, but instead of working in the Parisian restaurant of the famous French chef, Vincent Nigita was sent to his other venue in London, named Sketch, where he stayed for two and half years. From a young age, Vincent Nigita had always dreamed of one particular palace: the George V, in Paris, which he finally joined in 2009 thanks to the help of Pierre Gagnaire.

Having resigned in 2012 after the George V restaurant finally got a third Michelin star, Vincent Nigita decided to fulfil another dream of his: travelling the world. In the end, his travels led him to Singapore and then Bali, where he decided with some friends and family members to set up a tearoom in Ubud.

Unfortunately, the endeavour turned sour, leaving him on an island he had fallen in love with but with no professional prospects. Not for long though, as Vincent Nigita soon started the catering company “Event with Taste” and another venture under the name “Coco In” which specialised in developing fruit syrups based on local products for hotels.

He worked with several other restaurants and companies, among them renowned delicatessen importer “Classic Fine Foods”, until he finally decided to launch his own brand under his name in this Canggu hotspot.

“Originally, it wasn’t my intention to open under my own name but the marketing strategists I hired wished it so and convinced me, so here we are,” he explains. Vincent Nigita already employs about 25 staff, including three pastry chefs he had already inoculated with his virus of creativity and perfection.

The young chef concludes with the formula that guides the whole project: understated, elegant, and exclusive… Bon appétit!