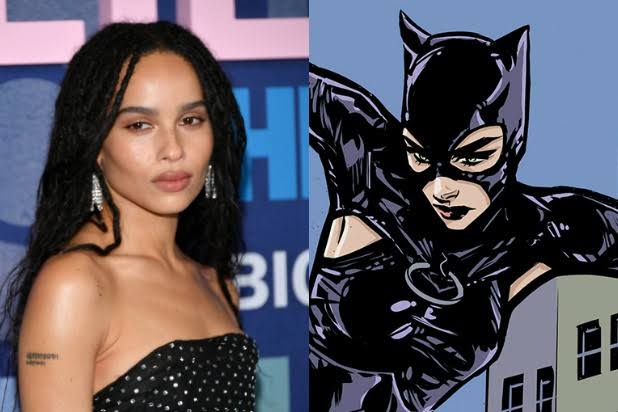 The decision was announced over the weekend after a rigorous casting process that saw Ana de Armas, Ella Balinska, Eiza Gonzalez, and Zoe Kravitz reading opposite Robert Pattinson, who is set to play the Dark Knight. The screen testing occurred over the first week of the month, and the four were then narrowed to two late last week.

Reeves is directing The Batman, in what is described as a grounded take with a large rogue’s gallery as the antagonists, set to be in theatres on 25th June 2021.

Catwoman is one of Batman’s classic foes, who also happens to be one of his longest-lasting loves. A cat burglar and antihero with a whip as her chosen weapon, is the alter ego of Selina Kyle. She was a fixture on the 1960s Batman television show, in which she was played by Julie Newmar, Lee Meriwether, and Eartha Kitt. Michelle Pfeiffer portrayed the character in her most popular big-screen incarnation, 1992’s Batman Returns, while Halle Berry topped the bill in a 2004 solo outing which bombed at the box office. Anne Hathaway portrayed the character in 2012’s The Dark Knight Rises.

See: The Birth of Batavia: The Local Resistance was Brutally