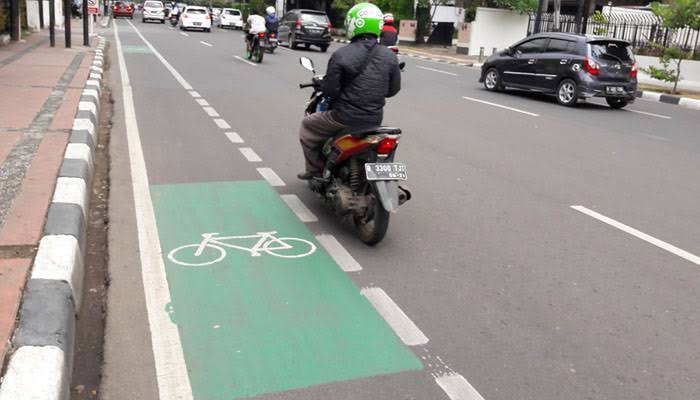 It has been reported that there are 146 motorbike riders who entered bicycle lanes on the second day of ticketing, Tuesday 26th November.

The number of drivers who disobeyed the rule increased compared to the first day, with 66 motor riders being sanctioned.

An official of the Traffic Directorate of Polda Metro Jaya, Kompol Fahri Siregar, said that the violators are dominated by motorbike riders.

“The number of motorcycles disobeying the rule is 146 units, 2 cars, and 1 bajaj,” Fahri confirmed.

The bicycle route at Jalan Pramuka is noted as the area where most motorbikes disobeyed the rule.

“The area where the bicycle route is always ignored is Jalan Pramuka,” He added.

Ticketing of bicycle lane violations began on 25th November, with police giving tickets for motorbike riders who enter bicycle routes. Violators will be fined Rp500,000 or imprisoned for 2 months.