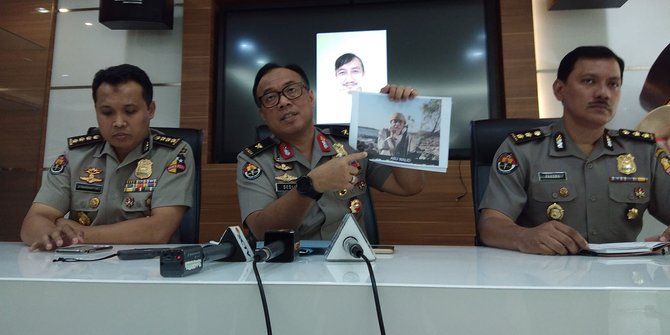 Traffic police were alerted when Triyono left his car and fled into a nearby rice paddy just before he reached a traffic checkpoint. Some officers gave pursuit while others examined his car, where they found propaganda materials that revealed his identity.

Mr. Prasetyo said Densus 88, the National Police’s elite counterterrorism unit, had been on Triyono’s trail for some time, which had likely put him on edge. He is a member of Jamaah Ansharut Daulah, the Islamic State-affiliated terror group behind the 2018 Surabaya suicide attacks.

The 32-year-old native of Karanganyar, Central Java, had been planning an attack on police in Yogyakarta.

“The person concerned [Triyono] is linked with the terrorist group Abu Sayyaf in the southern Philippines because he had undergone paramilitary training there,” Dedi said.

He added that Triyono and his group were planning to conduct amaliyah – an Arabic word for “operation,” widely used by members of Islamic terror groups in Southeast Asia to refer to attacks on the authorities. Their targets included police stations in Central Java and Yogyakarta.

“The arrest cannot be underestimated. We are now in the process of conducting a follow-up investigation. Based on his confession, three people were helping him to plan the attack,” Dedi said.

Densus 88 is still tracking down the three other suspected terrorists, who allegedly also attempted to steal weapons from the police. The unit is also cooperating with the Yogyakarta Police’s counterterrorism and anti-radicalism task force to monitor Abu Sayyaf’s movements to thwart their plans.

Triyono and convicted weapons smuggler Adi Jihadi are known to have traveled to the southern Philippine province of Basilan in June 2016 to participate in paramilitary training.

The two also received paramilitary training in the Karang Bolong area of Anyer, West Java, from alleged terrorist Nanang Kosim, who was killed in a shootout with Densus 88 in March 2017. Nanang was known as a weapons expert and involved in the 2016 attack in Thamrin, Central Jakarta.