14-year-old Akmal from Gowa, Indonesia has left doctors baffled after he lays an egg in front of them. His family claims he has laid 20 eggs over the past two years.

An X-ray showed an egg inside his rectum: 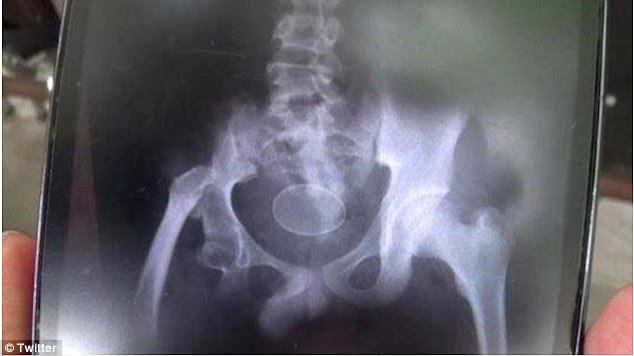 Health professionals have said it is impossible for poultry eggs to develop inside a human.

Muhammad Taslim, a spokesman for the hospital where Akmal is being monitored, said, “Our suspicion is that the eggs were deliberately shoved into Akmal’s rectum. But we did not see it directly. Scientifically chicken eggs cannot form inside the human body. It’s impossible, especially in the digestive system.”

The teenager’s father denied this, stating, “He never swallowed eggs whole, why would he do that?”

Akmal has been placed in quarantine in the Syekh Yusuf Hospital in Gowa, so doctors can watch him.