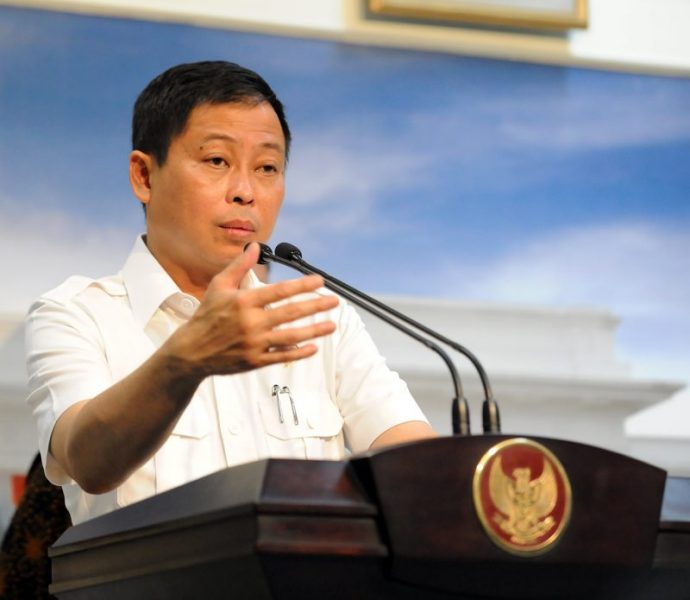 Rapid changes have been taking place in Indonesia’s ministry line-up, particularly in the energy and mineral resources and transportation departments. In July, former Minister of Transportation Ignasius Jonan was replaced by Budi Karya Sumadi, former director of Indonesia’s airport company Angkasa Pura II. The replacement was reportedly made due to the issues of rushed airport terminal launching and the Jakarta-Bandung railway construction that unfortunately failed to meet expectations.

Yet in recent months, the Energy and Mineral Resources (ESDM) Ministry has been witnessing more changes. It started when Sudirman Said – ESDM minister of two years – was replaced by Arcandra Tahar on July 27. But after only a short three weeks in office, Tahar was caught having dual citizenship, which soon forced the president to remove him from the cabinet. His position was soon filled by acting minister Luhut Pandjaitan.

Two weeks ago, President Joko Widodo announced another change. Jonan will now take over the position from Pandjaitan as the new ESDM Minister. But what shocked the public and critics the most was the president’s choice of deputy minister. It was none other than Tahar, who was just granted full Indonesian citizenship in September.

However, some say he still might not be the right man for the job when it comes to the energy and mining sectors in the archipelago. In this case, Tahar has a lot more to offer in those areas.

While Widodo assures the public that his decision was made out of serious consideration, experts still think that Jonan will instead serve as the puppet of Tahar. On one occasion, Jonan even openly admitted that the only cards he brings to the table in undertaking the newly appointed role is his previous role as a transportation minister. This leaves many to wonder if the new minister will be undermined by his own deputy, who will ultimately have a better understanding of the work at hand.

So what will the future of the nation’s energy and mining sectors be like on Ignasius Jonan’s watch? I sat down with research analyst Pri Agung Rakhmanto to find out if Jonan could actually bring something new to the table.

Rakhmanto works as the advisor of Reforminer Institute, an independent research institution based in Jakarta that focuses on energy and mineral resources economics and policy. He suggested that rather than focusing on the political aspect of this cabinet change, people should instead turn their attention to the issues that the ministry is now trying to address.

“The changes were political matters. The continuity and consistency of the programmes are what we must focus on. Priority programmes may switch direction, or completely focus on a different area,” Rakhmanto said in an interview with Indonesia Expat. To give an illustration, he highlighted the fact that upstream oil and gas activity, which was not a priority two years ago, was recently brought back to light.

Rakhmanto might actually have a point. Recently, the ministry had to cancel a few development plans set to take place over the next few years due to budget cuts. It is estimated that the government is slashing Rp.291.6 billion (US$22.4 million) from the annual budget, leaving the ministry with Rp.7.027 trillion (US$540 million) to spend in 2017.

Meanwhile, according to Rakhmanto, Indonesia still faces many problems in the energy and mineral sector that must be tackled as soon as possible. Some of them include the nation’s increasing fuel imports, a decline in crude oil production and reserves, a lack of gas transmission and distribution pipelines (which will surely be slowed due to the budget cuts) and sluggish progress in developing renewable energy solutions. With this in mind, it seems that it won’t be an easy journey ahead for Jonan.

Another challenge for Jonan is tackling the issue of electricity coverage. Rakhmanto suggests that the nation is still facing problems with electricity infrastructure and is planning to solve the problem through building a 35 Gigawatt power plant. It is believed that the plan could increase electricity coverage significantly by 2019.

However, although the previous acting minister Pandjaitan is confident that the project will finish on time, it is unlikely that the government will reach the full amount of power plants it initially promised. Instead, Rakhmanto predicts that around 20 Gigawatts from power plants will likely be available for commercial uses. The analyst adds, “Not one minister can complete the 35 Gigawatt power plant in time. It would already be very impressive if we can see 75 percent of it done by 2019.”

One thing we can expect in the near future from Jonan is the equalization of oil prices across the archipelago. This policy will hopefully affect not only state-owned oil firms, but also foreign companies like Shell, Petronas and Total. This should help stimulate economic growth in provinces like Papua, where fuel could cost between Rp.50,000 (US$3.80) and Rp.100,000 (US$7.68) per litre.

The president himself has already given Jonan at least two orders of instructions. The first one is to avoid creating any bureaucratic processes that will disrupt the performance of the ministry. Second, Jonan was instructed to prioritize the people in making decisions and policies within the ministry.

The ministry also expects Jonan to exterminate Indonesia’s oil and gas mafias. Ex-ministry staffer Said Didu previously praised Jonan as a brave figure who does not compromise with mafias. Rakhmanto supported the view by suggesting that Jonan’s approach, decisiveness and governance would certainly be different from his predecessor’s.

Pandjaitan is more practical, Sudirman Said was more systematic and Jonan (although still learning about the energy sector) is more of an executor-type. “We can expect a more execution-focused approach that will speed up programme implementation. However, we won’t be expecting new ideas or conceptual visions anytime soon,” Rakhmanto added.

Finally, the pair will also be backed by the Coordinating Minister in implementing policies like easing the ban on mineral exports in 2017. “The configuration of Mr. Pandjaitan as Coordinating Minister will [politically] benefit Mr. Jonan and Mr. Tahar, which will likely lead to a higher success rate of policy implementation.”

Despite the controversies and doubts surrounding Ignasius Jonan, it appears that we can expect some good things from the archipelago’s energy and mineral sector after all, if the analysts are to be trusted.

Ambassador Trevor Matheson and the New Zealand Mission in Indonesia