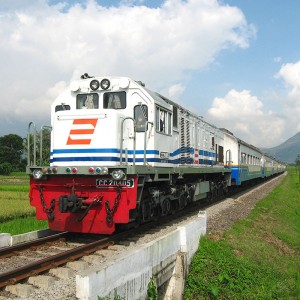 As a lifelong train enthusiast, I felt a great sense of achievement upon making the journey across Java by all three classes of train operated by Indonesia’s state-owned railway company, PT Kereta Api.

I commenced the trip back in 1997 at the end of a holiday in Bali, with a short ferry ride across the Strait of Bali to the port town of Banyuwangi on the easternmost end of Java. From there I took the executive class train, with its airliner-style seating and plastic-tray meal service, to the East Java capital of Surabaya. Next, onward to Yogyakarta by economy class, with its wooden benches and bustling make-shift food stalls; and finally to Jakarta by business class, on cushioned seats cooled by oscillating wall fans.

The journey, lasting two days with a stopover in Yogyakarta, was pleasantly uneventful, with lots of time for reading and gazing out at rice fields. But for me, at that time, the paramount benefit was that trains don’t take off and land.

During the economy-class leg of the journey, it was always a surprise to be moving at all, since much of the time was spent stopped in sidings to allow higher priority classes of trains to overtake us. Economy class carriages in those days were bursting at the seams with activity. They were like mobile markets, with clamorous vendors streaming up and down the aisles, selling snacks and drinks and souvenirs.

Passengers sat everywhere, as did their luggage, consisting mostly of stacks of tied-up cardboard boxes and rolled-up matting. Animals abounded too, especially in my carriage. Most notably a goat, which teetered and tottered in the aisle, all the while looking cranky. Practically everybody chain-smoked, even the goat, a problem alleviated by all the windows being wide open to the clattering of the wheels.

I could have avoided this discomfort by flying, railway enthusiasm aside. However, there was a critical reason why I had chosen to go by train, or more precisely to not go by air. That was my upset stomach.

In India it’s called Delhi Belly, so here it must be Bali Belly. All expatriates, unless they eat exclusively in hygienic hotel restaurants, get stricken with it. Street food isn’t refrigerated. It lies unprotected in the heat. Flies love it. I first got it from a plate of fried rice bought from a street vendor in Jakarta. I was new to the tropics. I was easy prey for the abundance of unfamiliar and thriving bacteria. For the next three days I couldn’t stray further than a thirty-second sprint away from a lavatory and for several months afterward the very smell of fried rice was traumatic.

The next time a tummy bug hit me, I was in a taxiing Garuda Indonesia aeroplane at Jakarta’s Soekarno-Hatta International Airport. We were about to take off for Singapore, where I went every two months simply to fly straight back to renew my Indonesian tourist visa-on-arrival. We were strapped into our seats, fully secured for take-off, the aircraft queuing for the runway. This was not the ideal time for an onslaught of bowel trouble.

It came suddenly, like a hammer blow. Within moments I was in an agony of constriction. I began to grimace, my white-knuckled fingers clawing the ends of the armrests. I broke into a cold sweat, stiffened, prayed to God, writhed, breathed deeply like a woman in labour. I focused insanely on letting nothing evacuate my body. I suppose that anyone watching would have interpreted my action as an intense fear of flying rather than an intense fear of crapping. 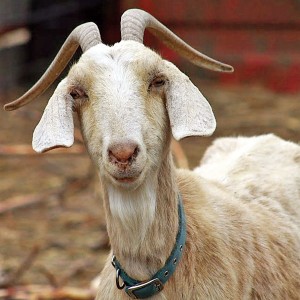 So here was the dilemma. I could unbuckle and dash down the aisle for the toilet, causing consternation inside the plane, an aborted take-off, making 380 passengers very pissed off with me. Or maybe I could hold on till actual take-off before making the dash. Maybe then we’d just continue on after the cabin crew had wrestled me out of the toilet and handcuffed me to my seat. Just what were the regulations? Another option was to just stay strapped in until the inevitable happened and I soiled myself. Hopefully it wouldn’t sound like a bomb ripping through the fuselage, so severe was my bottling-up.

A decision was needed quickly as I squirmed and clutched my seat cushion for dear life. I decided that in no way could I just let my insides surrender. Aside from having no change of clothing for the streets of Singapore, a city known for its stringent social regulations where you can probably be fined $500 for smelling like faecal matter, it would be unbearably humiliating and unpleasant. They might have to drop the plane’s oxygen masks.

Despite my crazed imagination – I saw myself being the culprit in a future episode of Air Crash Investigation – Herculean muscle and mind control enabled me to survive the plane’s ascent, my eyes fixed on the illuminated overhead seatbelt sign, imploring it to switch off. The moment it did so I tore off my seatbelt and darted down the still-inclined aisle, alarming some passengers, only to be horrified by the sight of two children walking ahead of me, about to occupy both toilets.

Did the galley beyond have some suitable receptacle at the ready? Would I make it that far? But I managed to barge between the children without giving them too many bruises and reach my destination with what can only be described, in all honesty, as the greatest blessed relief of my entire life.

And so back to the crowded economy train. No strapping in. No taking off and landing. No restrictions whatsoever on using the hole in the floor that passed for a toilet. The cheap street food I ate last night could do its damnedest. I was a free man. Unshackled. And so it was with a mere chuckle that I leapt from my seat, skipped over the cardboard boxes, leap-frogged over the surly goat, skirted around some cages, sending a couple of roosters squawking, and made my way to the toilet. It was locked.

Faces Of Bali: I Made Oka Putra, The Duck Farmer