Many foreign policy analysts see this initiative, however, largely through a geopolitical lens, seeing it as Beijing’s attempt to gain political leverage over its neighbours.

The analysis further states that one of the primary objectives of the initiative is to address China’s increasing regional disparity as the Chinese economy modernises. Among the least understood aspects of the initiative is China’s desire to export its engineering and technological standards which Chinese policymakers see as crucial to upgrading the country’s industry. Indonesia is one of the key strategic partners in the Belt and Road Initiative.

Leung Kwan Ho, Director of Indonesia of the Hong Kong Trade Development Council that deals with the business-to-business sector, says that the Belt and Road Initiative is a perfect match for both Indonesia and China. 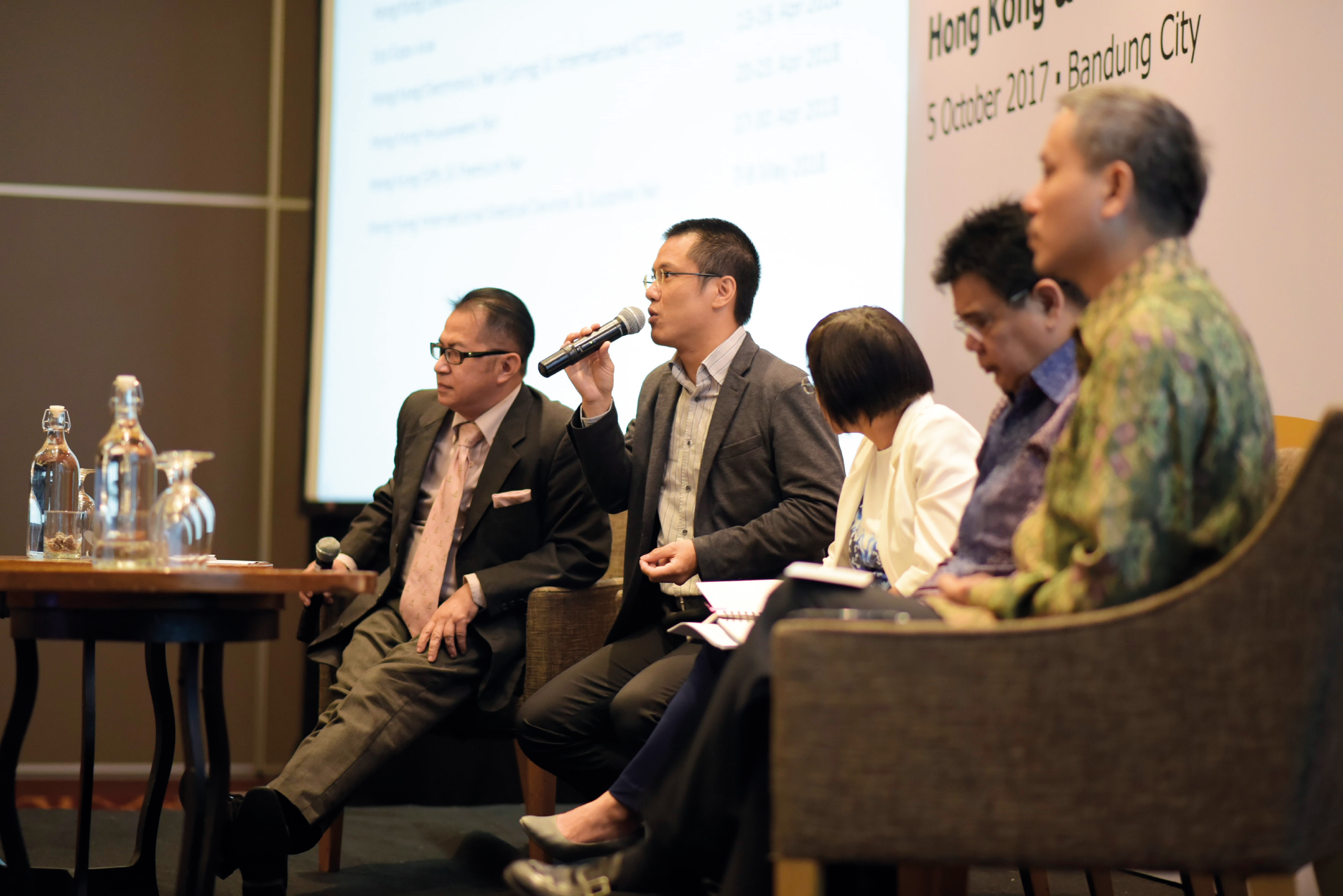 “Indonesia really need[s] lots of infrastructure investment and development, and I think the government and the citizens agree,” Kwan Ho explains. “And one of the key area[s] of China’s Belt and Road Initiative is infrastructure investment. In principle, we’re heading in the same direction, and what China offer[s] is exactly what Indonesia needs.”

According to The Nikkei Asian Review in February 2018, China has become Indonesia’s second largest investor in its infrastructure drive as the Belt and Road investment in Indonesia reaches up to hundreds of trillions of rupiah. Ongoing projects in Indonesia that are under the Belt and Road Initiative include power plants and toll roads in several Indonesian provinces.

“Although China has very good experience in infrastructure development and obviously has funding, many Chinese companies and some state-owned companies still don’t have the international experience,” Kwan Ho explains, adding that such experience refers to international financing and international project management.

Therefore, the director says that Hong Kong, China’s special administrative region, could play an important role as a facilitator when it comes to the Belt and Road Initiative. Hong Kong has a different currency and financial system for project financing to those of the Chinese central government in Beijing.

He cites the example that although there is a lot of funding in China, use of the Chinese currency renminbi is still quite restricted for international funding. Hong Kong, he adds, could play a strong role with its banking and financial facilities for project financing, thanks to Hong Kong’s freedom of capital transfer.

In the last 30 to 40 years, Hong Kong has also been serving as a gateway linking China to other countries for international trading, international shipment and logistics purposes. “So Chinese companies, be they big or small companies, have been using Hong Kong to reach the world,” he says.

Kwan Ho admits that the HKTDC is not a professional body in terms of infrastructure, however it has an international network. It usually begins by referring interested parties to relevant partners, for example those in the banking and financial fields. They can also provide expertise in other areas such as project consulting and/or feasibility studies.

When Chinese investors ask what projects are available in Indonesia, HKTDC provides feedback and links them with potential partners. The HKTDC currently has 50 worldwide offices, with 13 of those in mainland China.

In 2016, the Hong Kong government opened the Hong Kong Economic and Trade Office in Jakarta for government-to-government matters. Following the Belt and Road Initiative the relations between Hong Kong and Jakarta, he says, have changed but at a relatively slow pace.

“The mutual understanding between Hong Kong and Indonesia needs more enhancement. And Hong Kong people don’t know too much about Indonesia, in particular about the country’s business opportunities,” Kwan Ho tells Indonesia Expat. This lack of understanding means that Hong Kong businesses prioritise other countries like Thailand and Vietnam over Indonesia because they know these countries better. However, he believes that the Hong Kong Economic and Trade Office and Hong Kong Trade Development Council could improve the relationship between Indonesia and Hong Kong.

“Besides making a profit and doing business, we are also trying to do something good for this country,” he says. “We’re good partner[s] in the international arena. We want Indonesia to progress together.”