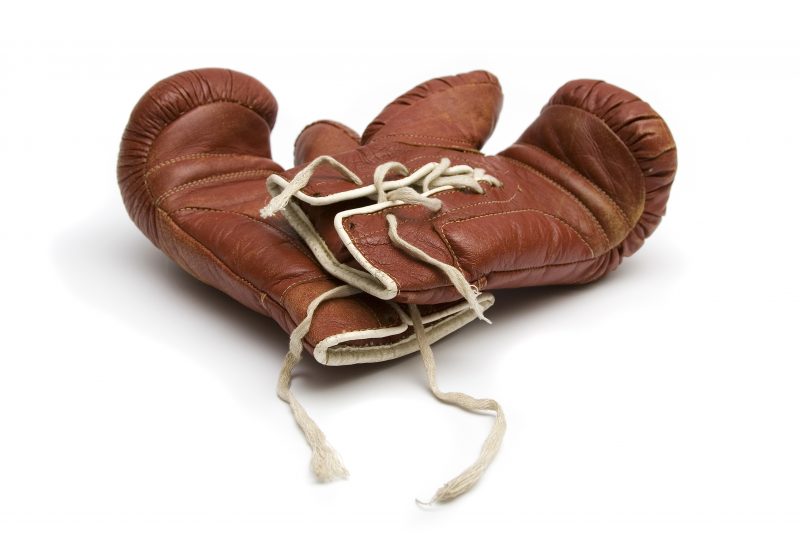 Forget Pacquiao vs. Mayweather. When advertisers take on viewers, the gloves come off…

The recently televised boxing match of the century/millennium/all time (take your pick, punch up fans) afforded me the opportunity to cultivate a little bloodlust and sublimate some of the simmering tensions that have gradually built up between myself and the audio engineer down at my local neighbourhood house of worship. And so it was that as the fight unfolded, I found myself sitting on the sofa in front of the TV, occasionally jabbing at the air and aiming wild haymakers at an imaginary Manny Pacquiao, who bore an uncanny resemblance to the local taxi driver who had short-changed me the previous week.

About halfway through the bout however, the target of my general ire and discontent began to shift imperceptibly towards Indonesia’s corporate advertisers and their lapdogs in the TV One studio. Every last possible inch of floor and garment space, not to mention airtime, had been saturated with adverts in a bid to lure in the country’s millions of armchair pugilists. How successful this campaign of commercial carpet bombing will ultimately prove to be, however, is debatable, as, like me, Indonesia’s prizefight enthusiasts were no doubt engrossed in the bout to the point where they too were fantasising about laying someone out on the canvas (only the imaginary recipient of their uppercuts would possibly be a big-nosed Westerner as opposed to devious Express drivers).

Chief among the semiotic polluters this time around was a new over-the-counter wonder drug called Viostin DS, a veritable panacea for the joints and a certified worker of orthopaedic miracles. These mountebanks of medicine had totally covered every inch of studio and screen space with their logo, although they had clearly missed a beat, as the perma-chirpy TV sales girl didn’t appear to have ‘Viostin DS’ tattooed upon her eyelids.

Also among the most annoying commercial culprits were the companies which – rather than producing a normal 30-second advertisement for their no doubt world-beating sandals and sugary confections – could instead only be bothered to produce a ten-second commercial which was then played twice or even three times back-to-back upon each airing. Maybe those watching at home are being subliminally programmed to buy three of each product (which could become confusing where sandals are concerned). In any case, every time one of these micro-trilogies fired up, my perception of time became so rattled that I thought I’d washed up in some time-loop themed episode of Star Trek, during which the crew of the enterprise beam down to some ghastly industrial estate on the edge of Tangerang. Phasers set to stun, naturally.

The stupefying banalities of our modern advertising-mediated culture and the Satanic realm known around the globe as the public-relations industry were first formulated by a man called Edward Bernays back in the early twentieth century. Bernays (correctly) surmised that by playing on the public’s unconscious desires and fears, he could manipulate them into buying certain products.

Bernays’ first great achievement was to persuade American women to take up smoking by craftily eliding the obvious phallic symbolism of the humble cigarette with the ongoing quest for female emancipation. Thus cigarettes, in reality a major cause of heart disease, lung cancer and emphysema, were reborn as glorious “torches of freedom”. The result was that women felt empowered, female lungs became blackened with tar and the profits rolled on down at the big tobacco companies. And it’s been downhill ever since, as ever more extravagant ads are filled with celebrity endorsements and utopian visions of the good life in a bid to get you to choose one product over its virtually identical rivals.

This process of persuading people to act and purchase based upon appeal to their unconscious desires, as opposed to their more rational side, has been likened to psychoanalysis in reverse, which is particularly fitting as Edward Bernays was the nephew of that famous Viennese quack, Sigmund Freud (who would no doubt have been utterly horrified at how young Edward was applying his theories in the real world).

Manipulations of the unconscious mind aside though, a cursory flick through Indonesia’s various TV channels will always turn up some hugely mirth-making advertising gems. All of the usual tiger-wrestling, hang-gliding, 30-smokes-a-day heroes are perpetually present and correct, of course, but it is the lengthier, painfully low-budget infomercials that provide the real fun.

New to me last weekend were the products produced by a company called Jaco, whose infomercials raise the credulity bar to absolutely stratospheric levels. First up was the firm’s Therapy and Slim Sauna, which resembled nothing so much as a camper’s sleeping bag made out of curtains. Apparently one simply slips inside this snugly fitting sack and stroke, cancer, high blood pressure, diabetes and even insomnia are all history. I’ll take a dozen! Viostin DS is so last year….

But there was more, because the good folk down at Jaco can also miraculously cure your myopia through the therapeutic application of what appeared to be a cheap set of plastic binoculars tarted up to look like a virtual-reality headset. The importance of such a product cannot be underestimated though as, according to the ad, many professions don’t accept applicants who wear glasses. Well, quite. Who wants a four-eyed cripple hanging round the office? They should gas them like badgers, in my opinion.

Resistance is clearly futile, though. In 2015, an eye-watering US$592 billion will be spent on advertising worldwide and a more colossal waste of money you’d be hard pushed to find in my view. The industry is currently being driven by mobile advertising growth and by 2018, mobile ads will account for almost a quarter of all advertising. At least when I’m online though, I can press my ad-blocker browser plug-in into service, an innovation unfortunately not afforded to viewers of TV One and their big-fight coverage, where Viostin won by a technical knockout.