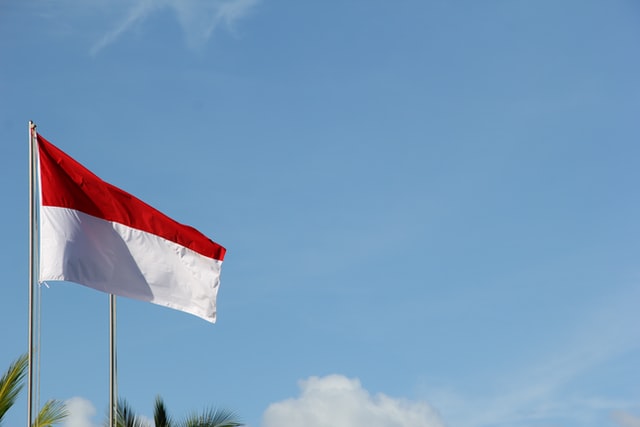 Let’s begin with some basic insights. First, Indonesia has the largest Muslim population in the world.

And, as the Australian professor George Quinn, who speaks not only fluent Indonesian but fluent Javanese, reminds us in his fascinating, thoroughly field-researched, book, Bandit Saints, the center of gravity of the Islamic world has moved eastwards to Indonesia. This is not to criticize the Wahabi interpretation of Islam seriously followed by many Muslims here, but, the Indonesian eclectic, tolerant, Sufistic but equally devout, practice of Islam, has surely more relevance to the kind of world which will hopefully emerge after the pandemic. And newcomers to Indonesia should be reminded that this does not mean that the majority of Indonesians are casual in the practice of their religion. The opposite is true.

Next, I realize that these are stereotypes, but Indonesians can be the nicest, most tolerant, non-egocentric, and most forgiving, people in the world. Two examples can suffice. In 2002, I was working in Timor-Leste (East Timor), which shares many cultural attributes with Indonesia, just before it became fully independent.

An American Muslim friend of mine was working on youth exchange reconciliation programs between East and (Indonesian) West Timor. At a gathering of youth from both areas in West Timor, one of the participants, an Indonesian police officer, put up his hand for silence. “This young man”, he announced, indicating the East Timorese youth he had been chatting to, “This young man – I tortured him (he paused)” … and we know how more devastating torture can be to the victim as against outright killing… “AND HE HAS FORGIVEN ME.” Everyone in the room was crying…

The second example concerns a well-known rock star, a zillionaire who on a visit to Indonesia several years ago was introduced to a song written and sung by the pioneering Indonesian group Koes Plus, who were actually jailed by President Sukarno, who saw in rock’n’roll an example of creeping Western decadence.

This icon recorded the song, with different lyrics in English of course, but with exactly the same tune and structure as the original. No permission, no acknowledgement, no shared royalties. That’s not plagiarism (which happens all the time in music with certain riffs and phrases), but blatant theft of a whole work. And yet, the surviving members of Koes Plus were “honored”. “Come on”, I wanted to yell, “Fight back, you’re not stoned to be rolled over.” But apart from one of two clerics, God bless ‘em, the surviving members of Koes Plus just let it go. Sometimes you can be too nice…

Third, back in the bad old days, Indonesians were often considered lazy, and Indonesian officials were notorious for corruption. A succession of honorable presidents, Habibie, Gus Dur, Susilo Bambang Yudhoyono, and especially Jokowi, has gone a long way towards eradicating these malpractices. Corruption, of course, exists in most countries, in some is just more institutionalized. However, visitors to Indonesia should no longer expect that they will have to pay over the odds to get things done. And here I would like to give a special word of praise for Bandung’s Immigration Office. They’re really making an effort to be helpful, and to be seen to be helpful, backed up by a sound public relations program.

Laziness. Let us say that, on the whole, Indonesians are not exactly Teutonic in their work efforts, but, if you compare it with the bad old days of the passive civil service mentality, Indonesians are as capable as any of putting in a full day’s shift, especially in the private section. And if you’re doing business with the ethnic Chinese minority, hard work and especially trustworthiness is their watchword, although price considerations are also always at the forefront.

Next, punctuality, and keeping one’s word, are interesting aspects of national character. Regarding punctuality, here’s a story from 1970s Bandung. At a party for both Indonesians and expats, the Indonesians came early because that was what they assumed the expats would do, and the expats came late assuming that’s what the locals would do. Did the twain ever meet, I wonder?

It’s also, generalizing again, not infrequent for Indonesians to tell visitors what the visitors want to hear, rather than the actual truth of the situation. Another feature that might lead to misunderstanding is that Indonesians are not necessarily interested in everything. They may not know or care, for example, about Roland Barthes’ Seventh Function of Linguistics. Why should they? This is in absolute contrast to our French friends, who will certainly “prise position” on topics like the above. This doesn’t mean that Indonesians are stupid, just less “intellectual”, which is not the same thing.

And now we come down to the cross-cultural nitty-gritty. Personal cleanliness is a fundamental requirement for Muslims. And yet, how many times have I heard “bules” (a former insulting, now affectionate, term for white foreigners) complain that Indonesians are dirty because they don’t use toilet paper. My rejoinder is, “Would you clean your face with dry paper?” In one of Kerouac’s books, he or Gary Snyder, comments on how the whole West is walking around with dirty assholes. Most hotels and modern houses here will provide both hand showers and paper. The ideal is that miracle of Nipponese ingenuity, the “washlet”, which makes going to the toilet an enjoyable experience. May this device be exported far and wide!

In the same area, visitors may be a bit confused by the Indonesian “bak mandi”. This consists of a tank of cold water and a scoop, which you splash the water all over yourself. Very refreshing. A rather portly English friend of mine, however, once complained that these baths were too small for him. He didn’t realize that you weren’t supposed to get into the bath.

There’s no point in referring back to the days of the “Anglo-Saxon swine” and the “Ugly Expat” in Indonesia. Let’s hope these creatures are long gone. And surely, if this pandemic teaches us anything, it is that the human race is one race, and we will emerge from COVID-19 with a greater awareness of this. Of course, all our national flavors will be still here for us to enjoy. And the Indonesian flavor, provided we are prepared to give Indonesia as much as we receive from her, is surely among the world’s most delicious.

The following three books are recommended as introductions to Indonesia:

2. PISANI, Elizabeth: Indonesia: The Impossible Nation, Norton, 2014. Elizabeth treks all over the archipelago except Java, visiting many corners that other travel writers may not reach, and gives her own, often surprising, “takes” on this fascinating country.

3. HIRATA, Andrea: Laskar Pelangi (Soldiers of the Rainbow), by Andrea (available in English and Indonesian, the English version was published by Vintage Australia in 2014.) This was also the subject of an inspiring movie and theme song. With this semi-autobiographical novel, based around a village school on the “tin” island of Belitung, Andrea reminds us that Indonesia is so much more than Jakarta, Java, and Bali.

How to Become a Registered Immigration Consultant in Indonesia