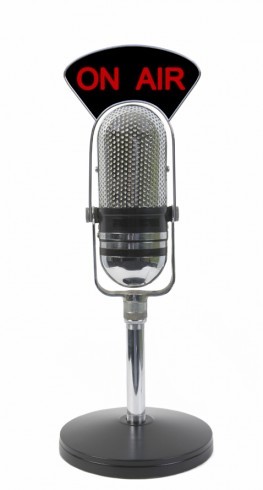 In the early days of the Jakarta Comedy Club, I was fortunate enough to host a radio show every Friday evening from 5pm to 8pm with my friends Steve Dodgson and Fred Aloysius. We had a lot of fun and we enjoyed speaking a mixture of Indonesian and English on air, and the audience seemed to enjoy it, too. I am sure our foreign accents and our mistakes in Indonesian caused much hilarity among the Indonesian audience, but we didn’t care. It was all part of the fun and we would in turn tease our Indonesian callers when they spoke poor or heavily accented English. After we had teased one caller mercilessly for a few minutes she said, “I am sorry, my Ingliss not well.” We sympathised and wished her Ingliss a speedy recovery. She had no idea what we were talking about.

When we started doing the show, we would arrive very early to prepare our content and a theme for our callers to talk about. We would do research on the Internet and take everything very seriously and we would wonder how we were going to fill three hours on the air. By the time the station cancelled all its shows and went bankrupt, we would show up two minutes before we were due to go on the air and the three hour show would seem like three minutes. We talked about whatever came to mind and played all our favourite music (illegally, it turned out) and the audience would call in and have fun with us every chance they got. Happy days and a whole lot of fun.

One week we decided we would do a spoof “Agony Aunt” show as a joke and encourage people to call in with silly and funny relationship problems. We brought in the wife of one of our friends to act as the Agony Aunt and we called her Dr. Suze, a play on the name of a famous American sex counsellor. We told the audience that she was on the show to answer all their intimate and personal private questions and we thought it would be hilarious to have people call in to ask joke questions about anything they thought might be funny.

In order to avoid dealing with nutters on the air and to avoid inappropriate content going out to the masses, every live radio show has a producer in the next room who screens all the calls before they get put through to the DJs. After we announced the theme of the show and introduced Dr. Suze, the switchboard lit up like a Christmas tree. We rubbed our hands together with excitement and I announced that we had our first caller with a question for Dr. Suze. The producer looked at me through the glass with wide eyes and shook his head, mouthing the word “no” and waving his hand at the same time. I was perplexed. We killed time while he went to the next call. Same result. And the next and the next, until in the end I had to play a song and go to his booth to find out what was going on.

Apparently our audience had not picked up on the fact that this was a comedy show and we were joking. Our poor producer was bright red and sweating, mortified by what he had heard in response to his question, “What would you like to ask Dr. Suze?” He was a very nice, young, innocent Indonesian guy and in less than five minutes he had learned more about lady bits and sexual perversions than he otherwise would have learned in his entire life. I sent him off to the canteen and told him to get a nice hot cup of tea. He wandered off in a daze, muttering under his breath. When he got to the door he turned back towards me and said, “I’m getting married…” I never did find out exactly what he meant by that.

I went back in to the studio and asked Steve and Fred to call some of our expat friends and arrange for them to call us on a separate number with joke questions and relevant observations about the silliness of Agony Aunts. It all went well after that, but we certainly played with fire and we nearly got burned. It seems there certainly is space for a real Agony Aunt in Indonesia!