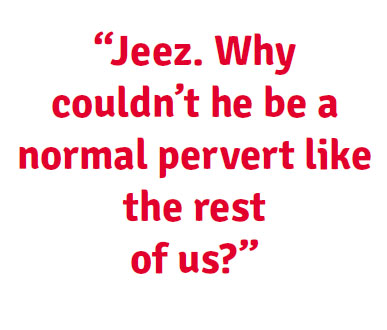 In 2003 I was spending most of my time travelling, sorting out problems for a UK-based publishing company. In November of that year they sent me to the Hong Kong office to sort out some issues and I arrived to find the place in an absolute shambles. The office manager was a young and inexperienced idiot and his staff took full advantage of him every chance they got, but he was the son of one of the bosses, so I couldn’t fire him. To get rid of him for a while I asked him to take some time off because his “loyal” staff wouldn’t respect me or do what I told them as long as he was around. He saw my “problem”, graciously agreed to help me out and p***ed off to the pub. 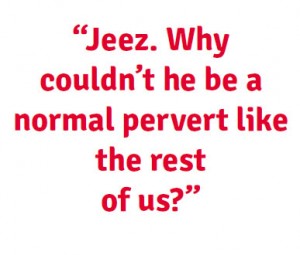 In my experience when there is a situation like this it is not uncommon to find some financial irregularities as well, so on my first Sunday in the country I went into the office to do some digging around in the computers. In a previous life I learned some simple computer forensics techniques and I always carry the necessary equipment with me when I go on trouble-shooting missions like this. I went through all the computers in the office, first checking through the accounts for obvious anomalies and then checking the deleted files in the recycle bin, but I didn’t find anything incriminating (yes, people are often that stupid). Then I checked the email accounts and the browser histories and recovered all possible deleted files for the previous month on each machine, but there was nothing unusual there either. I was about to give up and accept that our employees were lazy and incompetent but not dishonest, when I remembered that there were two company laptops which the freelance writers shared. I figured freelance writers were unlikely to be involved in any financial hanky panky, but I knew any member of staff could borrow the laptops, so I fired them up and got stuck in.

I am very broad-minded, but what I found among the deleted files on one of the laptops made me feel dizzy and sick to my stomach. You’re probably thinking it was porn and I guess it was in the broadest sense of the word, but I never expected to see anything like this. There were dozens of movies depicting women being raped and then killed in vicious ways. At least I assumed from the titles that’s what they all depicted – I didn’t get past the first two. The scariest part was that they looked VERY real and I honestly felt like I had witnessed two hideous murders. I decided that there was only one thing I could do. I went to the Hong Kong Police.

At the police station they took me very seriously and told me that they were at that time investigating several reports of domestic maids going missing. I started to get very nervous as they pieced together the possibility that somebody in our office was kidnapping, raping and killing maids while making “snuff” movies for the enjoyment of fellow perverts. I told them that the women I saw being abused in the first two movies were not Asian, so they set about watching the other movies. Across the desk from me I watched the colour drain from two policemen’s faces as they reluctantly went through the movies one by one – and there were indeed some Asian victims.

They asked me for the names of all the people who might have used the laptop and told me that they would begin checking them out immediately. They told me I was in the clear because they could see from my passport that I had only been in Hong Kong for a few days, but I am sure they checked me out too. I’d be surprised if they didn’t.

A few days later, after rumours about “police” and “computers” spread around the office, one of the writers suddenly stopped working for us. When the police tried to trace him they found the address we had for him was false. Apparently our mentally challenged office manager had hired him after meeting him in a bar, had never checked his details and had always paid him in cash. None of the people in the bar knew anything about where he’d gone, and when the police checked his name against immigration records, no trace was found. To my great relief it turned out that the “missing maids” had only gone home to the Philippines without permission, but it’s pretty certain who was watching the snuff movies on the laptop.

When the dust settled I told the office manager what had happened and he said the only clever thing I ever heard him say. “Jeez. Why couldn’t he be a normal pervert like the rest of us?” Indeed.