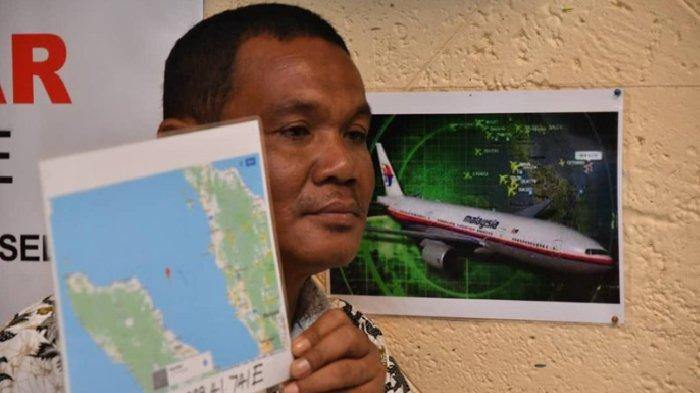 An Indonesian fisherman claims to know the exact spot where doomed MH370 plane plunged into the sea.

42-year-old Rusli Khusmin said he witnessed the disaster in March 2014, when the Malaysian Airlines flight carrying 239 people disappeared. He used GPS to pinpoint the exact spot it crashed into the Sumatra sea and has now handed over the co-ordinates to investigators.

According to local news reports, after years of attempts to find the crash site, the Malaysian government halted the investigation, having admitted that they did not know what had happened to the airplane.

Rusli and his crew members, who claim that they were in the vicinity of the crash, say that they witnessed a damaged aircraft, black smoke and the smell of acidic fumes before the aircraft crashed.

He pledged an oath of truth over the Koran and said: “I saw the plane moving from left to right like a broken kite,” “There was no noise, just black smoke as a result of fires before it crashed into the water.”

Rusli had been flown in from Indonesia for the press conference but did not say why it had taken him nearly five years to come forward.

The fate of MH370 is one of the greatest aviation mysteries and its fate has been the subject of confusion and conspiracy theories. No transmissions were received after the first 38 minutes of the flight and the last known contact was when either the pilot or co-pilot said: “Goodnight Malaysian three seven zero.”

Investigators say the most likely location for the ditching was the Indian Ocean but the search for the wreckage was called off after three years by the governments of Australia, Malaysia and China.