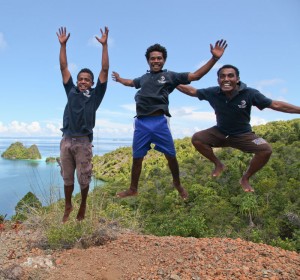 On making the most of your life, humourist Clement Freud said, “If you resolve to give up smoking, drinking and loving, you don’t actually live longer; it just seems longer.”

“Making the most of your life” is a new computer program and web-based application being developed, which gives you your health, wealth and happiness profile throughout your life – from the age of 30 to old age. It is coming up with some fascinating and some really quite surprising conclusions.

As most of us now know, every New Year adds one fifth to one sixth of a year to that year’s cohort of babies’ life expectancy; so babies born this year of 2014 will live one year longer than their cousins born five or six years ago, in 2008 or 2009. Not only has this trend been going on for nearly a century, it is expected to run on to at least 2060, by which time average life expectancy is expected to be around 100 years in many western countries.

The population in almost every western nation is getting heavier and heavier, with 50% of adult men and nearly 40% of adult women expected to be at least obese – if not clinically obese – by 2030. This is being fed by our generation putting on weight as we age, but more worryingly by our children being even fatter than we were at their age!

Being clinically obese for any prolonged period dramatically shortens your life expectancy. Similarly, prolonged heavy smoking and drinking has the same impact. So, Clement Freud was clearly wrong on this score, but he was 100% right about maintaining a close loving relationship with your partner, family and good friends, that by keeping a healthy lifestyle and weight, and a happy positive disposition helps you not only to live longer, but to enjoy your life for longer, too.

The three ages of man (and woman)

A century ago, when pensions were first introduced in the UK, the first place this happened for people anywhere in the world, working people (mostly men) were only expected to live a few years after they retired, and wives did not share their husband’s pensions. This inequity for these women who had brought up largish families then largely fell to their children to support them throughout their widowed life. Not surprisingly, contributions to a working man’s pension at that time were only a very small proportion of his monthly wage. Today, when a third of a person’s life is expected to be lived beyond pension age, the combined employer and employee’s contribution is expected to be between 16%-18% of their gross salary throughout their working life of 45 to 50 years if they are to live reasonably comfortably in their retirement. So, for every $1,000 you earn throughout your life, you need to save and invest $170 towards your retirement. Very few of us in practice come anywhere close to that!

This free online app, which will be launched in 2015 by the Centre for Aging Better, will help people decide the least disagreeable way of developing and then maintaining their health, wealth and happiness as they age.

The website, unlike others that are currently out there, uses the latest scientific, actuarial and government data to predict how the lives of users of different ethnic and socio-economic backgrounds will progress – and also allows them to see the impacts on their health, wealth and happiness of how the different choices/decisions they make over the course of their lives alter the outcomes.

It will be able to answer some of the most popular questions such as “What is my healthy life expectancy?”, “What would I have to change in my diet to live a year longer?”, and “What income will I have at different stages in my life?”, and “How could I boost my retirement income by $1,000 per year?”

The Centre for Aging Better will be given data from Public Health England, National Institute for Health and Care Excellence and the Office of National Statistics UK. It will ask you for your financial, dietary, exercise and health profile, which you can update or set up with different profiles of yourself to both project likely outcomes and to use alternative portfolios which will see what impact making different career, spending and saving, lifestyle, dietary and exercise decisions will make.

Both men and women’s bodies are at their physiologically fittest at the age of 25 to 30, and with the average age of both marriage and women having their first baby in many western countries now being about 32, it makes good sense to start mapping your future from the age of 30, which is when the majority of us start to take our future lives more seriously.

As parents, you want to be there for your kids throughout their early years and until they have flown the nest. With women now having most of their children in their mid-twenties to late-thirties, their children will be dependent upon them up to their mid-fifties to early sixties. With someone born today expected to live to their mid-nineties, it is increasingly important to plan your retirement from an earlier age and treat it as a part of your life plan from that time on.

For someone who has retired in their 60s, they can then expect to go through three further stages. First, being fit and active, second being somewhat dependent and needing an increasing amount of medical and physical care, third being dependent upon others because of age or disease and requiring an increasing amount of medical attention to keep them alive. This third stage is where the extra costs of keeping someone comfortable in their old age really escalate, typically accounting for 80% to 90% of the total costs of their medical and care costs throughout their life.

Perhaps one of the most surprising results from this research is what is called the ‘post code lottery’ when it comes to quality of life and life expectancy. This shows that compared to the average (mean) for the population of a country, it really does matter where you live. For those of us living in the best post codes, with a good healthy clean environment, with better than average schooling leading to better than average main jobs and incomes, we will in all likelihood have a healthier wealthier life which is up to seven or so years longer than our neighbour from an average post code, with the difference between the best and worst post codes being over a decade in terms of life expectancy.

This has got to be an argument to support your efforts to live a major part of your life in Bali as opposed to Jakarta or other major world megacity!