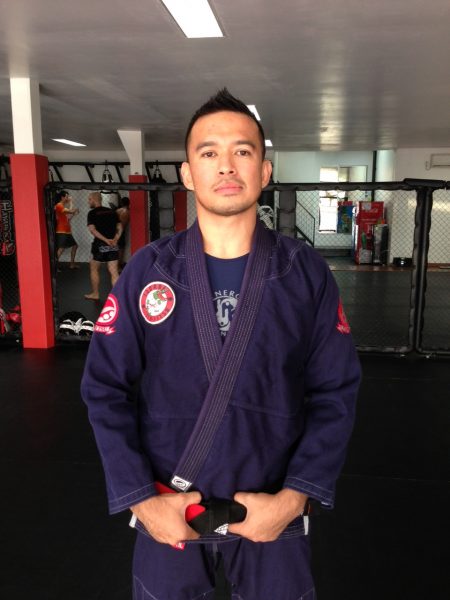 We live in healthy times. For me, growing up in suburban Surrey in the 1980s, exercise was limited to a swift stroll down to the local pub followed by some elbow bending at the bar then a headlong dash to the local curry house.

Such a sedate existence has no place these days, as a more energetic generation rushes to keep themselves as fit and healthy as their lifestyles allow. Once jogging was a phase; now it is a lifestyle of choice for many and gym membership has replaced the favoured stool at the bar.

All this interest in keeping fit has seen opportunities for the savvy to carve out their own niche, and one of these is Brazilian Jiu Jitsu (BJJ). Yes, the country that has given us Pele, the samba and beaches for Barry Manilow to croon about also has its own martial art and it is a sport that is gaining in popularity in Jakarta.

The daddy of them all, at least as far as Indonesia is concerned, is Deddy Wigraha.

“I got involved in BJJ by watching UFC (Ultimate Fighting Championship) in 1995 when Brazilian Royce Gracie won all of his matches using groundfighting (a BJJ technique) and forced all his opponents into submission,” said Wigraha. “I started my BJJ training at the Rickson Gracie academy in Los Angeles in 1996 and got a blue belt from Gracie. Then I moved to San Francisco to train with Charles Gracie and got my purple belt from him.”

In boxing, commentators make much of the respective fighters reach and weight on the assumption taller boxers can take advantage of their reach while keeping their opponent at arm’s length. Brazilian Jiu Jitsu seeks to level the playing field with the smaller fighter attempting to grapple his larger opponent to the ground. This goes some way towards levelling the playing field and allows the smaller fighter to use his perceived greater mobility to try and gain the all-important submission.

Returning to Indonesia in 1998, Wigraha looked to his passion for an income. He founded a Jui Jitsu centre and also taught judo before being asked to coach people interested in the Brazilian martial art. 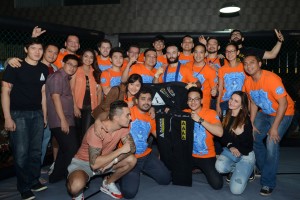 In 2002, Wigraha trained Aji Susilo to compete at Pride’s B.E.S.T Vol.3 in Japan, a competition that Aji won, making him the first Indonesian to win an international mixed martial arts event – an achievement that only added to Wigraha’s, and the sport’s growing lustre.

In 2013 Wigraha became the first Indonesian to earn a black belt, and while that may be a source of great pride, he is also delighted with the increase in popularity of the sport in recent years – although he bemoans the fact there aren’t enough trainers to go round!

For now he estimates some 400 to 500 people are involved on a regular basis, with an even split across expats and Indonesians. The men tend to be executives or students while a number of women are also to be found getting into the ring. Basically anyone with an interest can get involved.

Wigraha modestly puts down the increased popularity to the influence of Gracie but I think he is overlooking his own efforts. People are rightly proud when one of their own makes a success of him/herself internationally and there is no doubt his black belt, as well as his regular TV appearances, have made some impression on the local population.

Wigraha also points to the fact Brazilian Jiu Jitsu is known as the most effective martial art in the world.

“Women are starting to know that ground fighting is good for them for rape prevention and parents start to put their kids through training for bully prevention in school,” Wigraha says, although quite what a classroom teacher would make of little Johnny grappling Gripper Jenkins, the class tough, to the ground is not clear.

So, is Brazilian Jiu Jitsu for you? Wigraha and his team of experienced trainers welcome all level of fighters and offer a variety of classes ideal for novices to the more experienced.

The best class for beginners would be Fundamentals, where newbies can learn a solid foundation of Brazilian Jiu Jitsu, including basic theory, self-defense, techniques and principles.

For those with 30 or 40 Fundamental lessons under their belt the next stage would be Intermediate, which takes a more in-depth look at the principles and techniques that define the efficient and exciting style Alliance, the most prominent Brazilian Jiu Jitsu association, is known for.

There are other, more specialised courses available, and of course the really dedicated can opt for being thrown around the mat to their heart’s content in a one-on-one with their own private instructor.

There are even classes for kids where the focus according to Wigraha is “a hard work ethic, a positive attitude, and a love for the Jiu Jitsu lifestyle”.

And who knows, given the shortage of trainers, what the dedicated can achieve?

Senopati Therapy Centre: Everything You Need to Know about Back Pain Treatments