Star of The West End‘s four leading performers, Mike Sterling, Shona Lindsay, Ross William Wild, and Carole Stennett opened the show with a snippet of an iconic Queen song, We Will Rock You. The four talented artists proceeded to perform One Night Only, a soundtrack from the film, Dreamgirls, which was later followed by Carole Stennet’s first solo act of the night that gasped the audience with a song from the film The Bodyguard titled One Moment in Time.

The first session of the show had Mike, Shona, Ross, and Carole consecutively singing 11 songs such as You’ve Got a Friend, Bring Him Home, Radio Gaga, Blue Suede Shoes, Hound Dog, The Phantom of The Opera, The Greatest Love of All, (You Make Me Feel Like) A Natural Woman, Listen, I Wanna Dance with Somebody, and Proud Mary.

A 15 minutes break was announced, allowing the audience to get out of the ballroom for some nibbles and fresh air. Back into the show, 12 follow-up songs were later performed; Second, Don’t Stop Me Now, What’s Love Got To Do With It, Love of My Life, Hopelessly Devoted to You, You’re the One That I Want, Let’s Stay Together, Ain’t No Mountain High Enough, I Will Always Love You, Billy Jean, Man in The Mirror, A Kind of Magic and the finale; We Are The Champions.

Just when the hype of Queen’s melodies had to end and the four stars took their final bows thanking the audience for a spectacular night, the stars went up back on stage and asked the audience, “Do you want one more?”

“Yes!” exclaimed the crowd. Bohemian Rhapsody was the group’s chosen encore ensemble – it pulled the crowd to get on their feet, unleashing their inner Freddie Mercury. 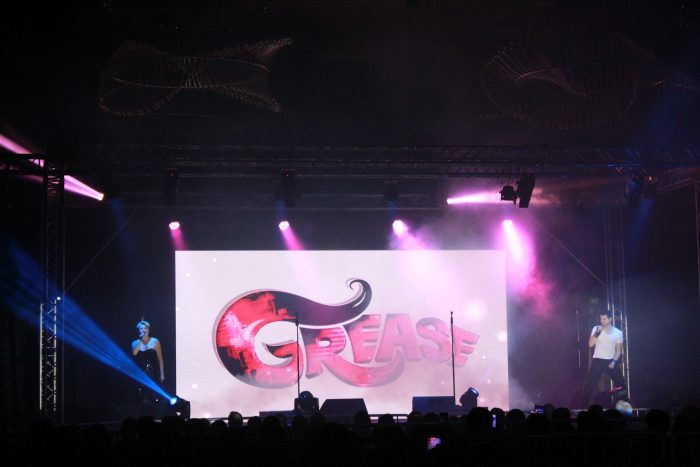 Stars of The West End have toured various theatres across the globe, starting throughout the UK and European countries, since 2011. One of their most memorable performances was at the Cadogan Hall, London in 2014, and at an exclusive show at the Louvre, Paris in 2015. They have a fixed gig at The Mill, Soning, although the main stars still go on world tours.

Here’s a glimpse of what the charismatic four had previously worked on:
1. Mike Sterling has played two of the main male leading roles in the West End London: Phantom in The Phantom of The Opera and Jean Valjean in Les Misérables.
2. Shona Lindsay has starred as Christine in The Phantom of The Opera, Sandy in Grease, and Kathy Selden in Singin’ the Rain.
3. Ross William Wild has appeared as the lead role of Elvis Presley in Million Dollar Quartet and has teamed up with many famous figures including Sir Andrew Lloyd Webber (on the ITV Superstar), Brian May (We Will Rock You on an British tour), and David Gilmore on Grease (a British tour) for several performances.
4. Carole Stennet has played the lead role of Rachel Marron in The Bodyguard at the West End, UK Tour, and Toronto as well as in China. She has also been the female vocalist of the instrumental versions in The Lion King and Thriller Live.

Ideal for both business and leisure travellers, DoubleTree by Hilton Jakarta-Diponegoro is a hotel with 250 rooms with five restaurant outlets including in room facilities and casual dining. This hotel is located five minutes from the central business district, close to multinational companies, embassies, government offices, and shopping centres and popular city centre entertainment venues such as Plaza Indonesia and Grand Indonesia.

Global Jaya School: For Passion of the Arts