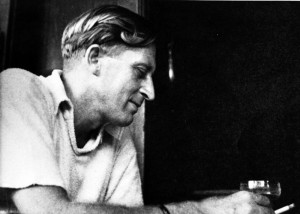 The prominent role of gay expatriate artists in Bali before the Second World War must have deeply disturbed some members of the very conservative white colonial society. Luckily for Walter Spies and Rudolf Bonnet, the two most famous homosexuals of the time, Bali was still a very isolated location that had not attracted a great deal of attention during the late 1920s when they settle there. They also took the added precaution of settling in Ubud a village just faraway enough from the government capital in Denpasar. Official guests of the royal family they felt safe and secure.

When compared to Europe, the Dutch East Indies was something of a haven for gay men because of an unofficial policy of “don’t ask and don’t tell”. The policy was not the result of enlightened thinking but a practical measure.  Enlisting qualified candidates for the expanding economy and bureaucracy had long been a major problem. Tropical Indonesia had a dreadful reputation for disease and danger that only the desperate, hopelessly idealistic or super ambitious wished to experience.

The 18th century many newcomers were shanghaied or kidnapped. A century later large cash payments in gold florins were used to entrap people like the penniless and desperate French poet Arthur Rimbaud to enlist in the notorious colonial army. In Holland convicted criminals were often given the choice of serving in the colony or a long jail sentence. The appallingly low standards made it easy to ignore sexual bias especially if you were educated and competent. Like the Catholic Church, the authorities were also astute enough to post the more flamboyant types to the most isolated positions as a precaution. Only entanglements with the politically or economically influential were discouraged.

Gay Men were attracted not only by comparatively liberty but also the allure of exotic native lovers. Local attitudes towards sexuality were ambivalent throughout Indonesia and although it would be wrong to say that gays had equal status they were usually tolerated and in some places like the bisu priests of the Bugis, often achieved status. The blur between the sexes is also seen in images of male heroes of courtly dances where refined male types are often exceedingly feminine and women once played by men. In societies where young men and girls were strictly separated, homosexual encounters between young men was not unusual and rarely censored. The Dutch East Indies was not an unattractive option for gay men in search of freedom to live without fear.

For Walter Spies, this freedom came to an abrupt end in 1939 when he was arrested by the colonial equivalent of the vice squad for corrupting the morals of a minor. For the most part this event has been described as a witch-hunt by an evil colonial regime. The actual story if far more complex and raises many difficult questions that cannot be glossed over.

Perhaps the most startling piece of news is that Walter had been warned many months before his arrest that he was under investigation. One must ask if his choice to ignore their advice to tone down his flamboyant behaviour was a result of an inability to control his natural tendencies or a self-deluding belief that he was so well connected to be untouchable. 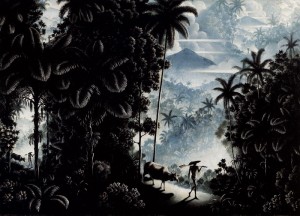 He ignored other wake up calls as well. These included the moral outrage of Mary Pos, a famous Dutch travel writer, who after a visit to Bali in 1937 described Spies habit of driving around the island with a bevy of boys as “A degrading mockery of decent behaviour, wilfully bringing about…degeneration…”  He had also unwittingly made an enemy of the Danish wife of L. S. W. van der Noordaa, a respected elder Dutch sculptor, who lived in the royal palace in Ubud.  A born again Christian and rabid homophobe she became close confident of the American born again Christian wife of the all powerful governor-general Tjarka van Starkenborgh Stachouwer who actually meet Spies and Bonnet at the Bali Museum in 1935. Stimulated by exaggerated reports of declining morality and the need to protect the natives against white sexual predators, he was responsible for a pan-Indonesian investigation that resulted with hundreds of arrests of gay men in 1938 and 1939.

The arrest of Spies resulted in an immediate swelling of support from around the world spearheaded by Margaret Mead and Jane Belo, the wife of Canadian composer Colin McPhee who had come out of the closet during his prolonged stay in Bali and was also under investigation. Mead and Belo aided by Walter’s many friends designed a defence that seems odd by today’s standards.

Gregory Bateson, Mead’s husband, expounded that his study of the Balinese character had proven that the idea of time, as we understood it in the west, was unknown to the Balinese. In effect this meant that any testimony they gave was unreliable. The absence of any sense of time also meant it was impossible to establish the age Spies’ alleged under-aged lover.  Another peculiar argument was that Balinese men matured at an earlier age thus western standards for defining a minor were not applicable. The defence even got the boy’s father to testify that the family liked Spies and that from their perspective there wasn’t any problem.

In spite of the reading of a treatise written by Mead in Walter’s defence declaring him a rare artistic type who had found his kindred spirits in Bali who should be an exception to the rule, Spies was convicted and sentenced. Luckily some of his circle had enough sense and influence to understand that he was not going to get off and instead made sure that his sentence was short and above all that he would not be deported. After 8 months in prison he was released in December 1939 not much worse for the wear.

Like many legendary heroes it is difficult to discuss Spies outside a mytho-poetic context. His first biographer, Hans Rhodius, idealized him as an extraordinary artist, musician and Renaissance man. Rhodius told me in 1979 that he had travelled to Bali in 1938 as a young man but failed to meet him. He did, however, visit his house. Spies subsequently became a role model that ended up with Rhodius coming out of the closet late in his life. Ironically his massive book on Spies, written in German, makes no overt reference to him being gay. This was the result of a direct agreement with Spies’ family who only allowed him access to his prolific correspondence if he agreed to expurgate any reference to his sexuality. Today Spies has also graduated to gay icon and liberator. Still as many including Australian scholar Adrian Vickers has pointed out, it is wrong to ignore the moral dilemma. A comparable situation concerning the sexual activities of the gay Australian artist Donald Friend with underage men in Bali exposed in a recent TV has also provoked controversy. The art of both men stands and once again we learn that life and love is complex and oftentimes dark and frightening. When it comes to sexuality the human mind is full of shadows and secrets. What is forbidden or permissible often changes with time. The greatness of Spies is undeniable. It is also doubtful that he ever committed any act with malice. Let us accept him as a remarkable but imperfect man.