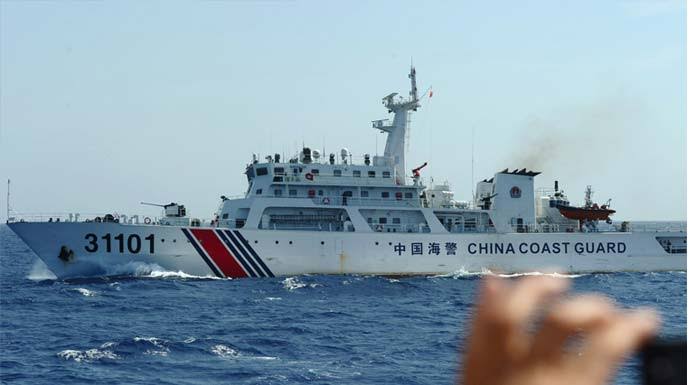 The Indonesian government’s strong reaction to border violations in water off Natuna appears to have been ignored by foreign fishing vessels.

Following the visit of Indonesian President Joko Widodo, as well as the appearance of TNI troops on Natuna Island, the presence of foreign fishing vessels in the territorial waters has not reduced but instead, has increased.

This is evident from the air monitoring conducted by the TNI using a Boeing 737 AI-7301 maritime reconnaissance aircraft. It was found that around 30 foreign fishing vessels were still occupying the northern part of the Natuna Sea.

“At present the number of vessels is not decreasing, but rather is increasing, and the number is around 30 vessels,” said Commander of Regional I (Pangkogabwilhan) Laksdya TNI, Yudho Margono, in a written statement.

In his statement, Yudho admitted that he would use persuasive steps first in his attempts to expel the foreign fishing vessels. His office has also communicated with Chinese Coast Guard vessels so that the fishing vessels will immediately leave the territory of Indonesia.

However, if the persuasive effort is ignored again, he stressed that he would carry out law enforcement in accordance with applicable regulations. “If these foreign vessels still do not leave Indonesian territory, law enforcement will be carried out; the vessels will be captured and legally processed,” Yudho said.

Previously, on Wednesday 8th January, Indonesian President Joko Widodo paid a working visit to Natuna Island. During his visit, he asserted the Republic of Indonesia’s sovereignty was not negotiable.