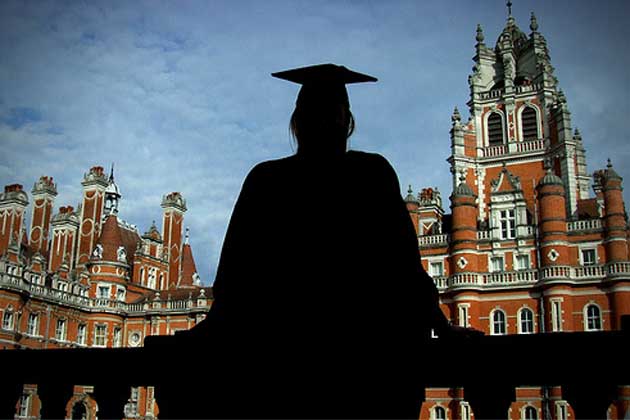 Whether for study or work, having travelled away from Indonesia can help Indonesian nationals acquire a better perspective for the betterment of the nation.

For Jane Rahayu, a senior year marketing student at Prasetiya Mulya University, her decision to study in Sydney for a semester as an exchange student wasn’t exactly her idea. It was an initiative from her father, who has also educated abroad in Newcastle, England. A letter arrived one day from her university, which offered students an opportunity to experience higher education in Australia. “You should see how a developed country runs,” remembers Ms Rahayu during a conversation regarding the study abroad programme. Ms Rahayu’s father believed that if you see a country from only a tourist’s perspective, everything might seem wonderful and beautiful because it’s so new. It is a different case when you live, study, and work there. And so she went.

Whilst in Sydney, Ms Rahayu learnt that her new Australian colleagues were very open to new ideas. She worked as a digital media content creator intern at a business-to-business company. Despite her status, her manager never spoke ill or looked down on her despite her age or experience. They would sit down together, have discussions and he would listen. For her, this was a surprising cultural shift.

However, since returning to Indonesia, she feels differently about her own country. She believes it would be difficult for Indonesia to progress as long as Indonesians kept a very closed mindset. Ms Rahayu believes critical thinking is something that distinguishes Australian and Indonesian students. “Because we are raised with all these moral values, we tend to think in a box,” she says. “Meanwhile, they don’t know there’s a box.”

Lily Widjaja is an Indonesian national and a Taiwanese permanent resident who has been living in Taipei, Taiwan, for more than ten years. She now runs Light Integrated Marketing, an event planning company, and is the creative director. She started living in Taiwan as a Mandarin language student at Fu Jen Catholic University in New Taipei City for three years before working in Taipei and Jakarta.

Ms Widjaja sees some lifestyle aspects in Taiwan that she wishes could be followed by fellow Indonesians. “Taiwanese society [people] have the patience to queue, just like the Japanese,” says Ms Widjaja via email. According to her, the Taiwanese possess more patience than perhaps people in her own country.

The creative director also hopes Indonesians can familiarize themselves with activities such as walking and cycling. City governments throughout Taiwan encourage the cycling lifestyle by providing a service called U-Bike, which provide cheap rental bikes to the public. She also mentioned many people there rely on public transportation rather than driving cars.

Kevin Tan, Chief Marketing Officer for SUN Education Group, an education consultancy firm that specializes in study abroad programmes and pathways, explains that the demand for studying abroad is growing. There are three reasons why Indonesians consider continuing higher education outside of Indonesia. First, there is the parents’ influence and those who want to obtain the best overseas education. Second, studying abroad allows networking for growth as these students meet people from different backgrounds. The third factor is language; he thinks the world is growing smaller and there is a need for competent English speakers.

He tells Indonesia Expat that Australia, New Zealand, and Canada are the most popular destinations for Indonesian students who study overseas through SUN Education Group. They pursue their education in these countries because of a guarantee that a postgraduate working visa would be issued. This allows the foreign student the opportunity to gain work experience in the foreign country and opens a pathway to residency for some. “To them, it’s an additional selling point,” Mr Tan says. The company also sends students to the United Kingdom, the United States, Malaysia, Singapore, China, Italy, and France, among others.

Citing his experience at the company, most of the students—up to 98 percent—have a good experience. The general impression of Indonesian students after they finish their education abroad tends to be positive. “They become more confident, more well-rounded, more understanding and receptive to different cultures,” says Mr Tan. As someone with a passion for education, he hopes that the students are able to make significant changes to society and create employment.

Although Ms Widjaja is accustomed to the way of life in Taiwan, she feels that Indonesian food is richer in spices, and second to none in the world. To her, meatballs in Taiwan aren’t as good as what she had eaten in her homeland. What Ms Widjaja misses the most, however, is being able to afford to go to the spa once a week. She thinks this service is expensive in Taiwan. Similarly, Ms Rahayu echoes the same sentiment regarding service providers in Australia. Based on what she observed, repairmen and nannies in that country were costly due to their hourly rates and minimum wage requirements.

As part of a younger generation, Ms Rahayu believes she can influence her circle of friends to be more open-minded, in hopes of improving Indonesia. “It only can start small, I can’t make a radical difference,” she says. “Well, the simplest thing is probably from daily activities. I’ll try to be a lot more punctual; I’ll try to be a good listener. Give people more respect.”

As an Indonesian living abroad, Ms Widjaja knows that respect for local culture and customs goes a long way. “‘Always start everything with a smile’ and ‘always begin by greeting first’ are the principles I implement in my heart,” she says, with the statements aimed at expatriates who are now based in Indonesia. “Everything takes time, be patient.”

Matteo Morello Ph.D, Director of Academic Affairs at i3L, and How the Institute Became a Pioneer in Life Sciences