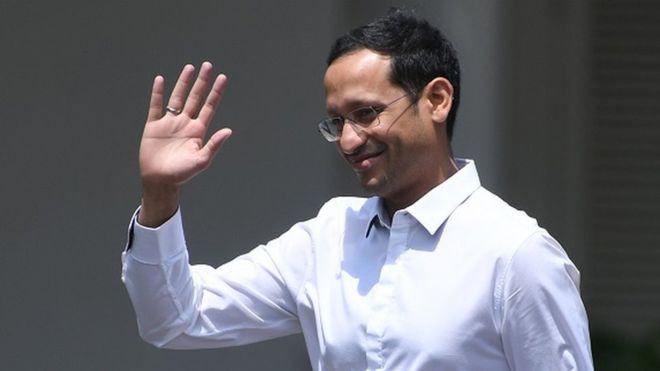 Co-founder and former CEO of Gojek, Nadiem Makarim, has quit his position at the tech company as of Monday 21st October 2019, and has accepted a cabinet post as the Minister of Education and Culture for President Joko Widodo’s second term.

The decision to appoint Nadiem Makarim to replace Muhadjir Effendi is intended to make a significant breakthrough in the development of Indonesia’s human resources.

“We will make significant breakthroughs in the development of human resources, preparing ready-to-work human resources, ready to try to link and match between education and industry,” said President Joko Widodo.

Of all the newly appointed ministers, the youngest is Nadiem Makarim. The 35-year-old is a co-founder of the US$10billion start-up GoJek, one of Southeast Asia’s largest tech companies. He has left President Andre Soelistyo and co-founder Kevin Aluwi as co-CEOs, with an announcement of their next steps due to be published online imminently.

“Since the beginning, my mission at GoJek has been to display Indonesia on the world’s stage. So, this is a continuation of that mission, but this is certainly for the state and on a bigger scale,” said Nadiem.
Nadiem was born in Singapore on 4th April 1984, as the third child of Nono Anwar Makarim – a prominent activist and lawyer in Indonesia – and Atika Algadri. His primary and secondary education was in Indonesia, then he continued his secondary education in Singapore. He attended Brown University in the USA, majoring in International Relations for his Bachelor of Arts Degree.

He also briefly participated in a student exchange at the London School of Economics and Political Science in the UK. Later, he pursued his Masters in Business Administration at his father’s alma mater, Harvard University.

GoJek was started in 2010 as a call centre arranging couriers in Jakarta. In the beginning, everything was done manually – employees called motorbike drivers one by one until someone accepted an order – and Nadiem had to work at other start-ups in order to sustain GoJek. Nowadays, the company has expanded to a number of South East Asian countries such as Vietnam, Singapore, and Thailand.

See: Scammed by a GoJek driver