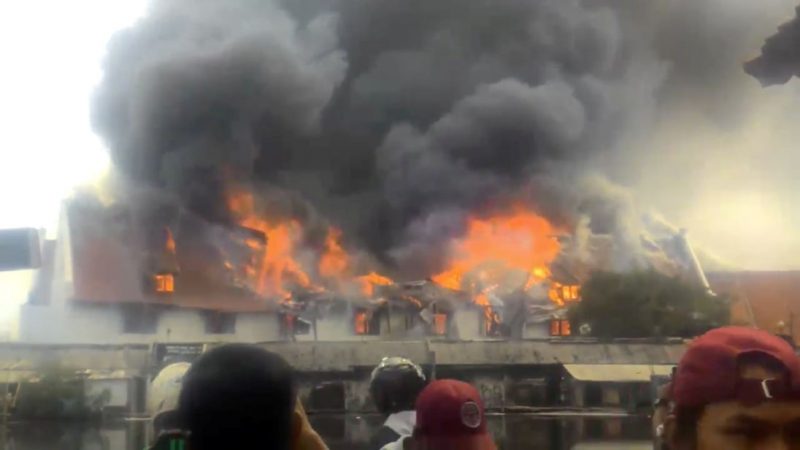 Smoke rises from a fire at the Maritime Museum in Jakarta, January, 16, 2018, in this still image taken from a social media video. Solih Aguns/via REUTERS THIS IMAGE HAS BEEN SUPPLIED BY A THIRD PARTY. MANDATORY CREDIT.NO RESALES. NO ARCHIVES - RC18691044E0

The Maritime Museum (Museum Bahari) in Jakarta caught on fire yesterday, destroying some of the valuable collection of historic artifacts on display after they were consumed by the fire.

According to witnesses, the fire started around 9:00a.m. yesterday. The museum was open and had 30-40 visitors, most of whom were school children. The cause of the fire is still unknown.

Among the objects that were burnt were sea navigation equipment, sailing equipment, miniature lighthouse models and traditional ships from 1940-1980.

According to the Maritime Museum Head Husnison Nizar, the extent of the fire and losses it caused makes it the biggest fire the museum has ever experienced.

“This is probably the first big fire since it (the museum) was first established in 1977,” Husnison said, as quoted by BBC Indonesia.

Fortunately, there were no lives lost in the incident as people inside the Maritime Museum quickly rushed out of the burning building after the first signs of fire.

Museum Bahari is located in the old Sunda Kelapa harbour area of Penjaringan, North Jakarta, and is housed in historic buildings constructed by the Dutch East India Company in 1652. The museum exhibitions focus on the maritime history of Indonesia and the importance of the sea as it relates to the economy of present-day Indonesia.