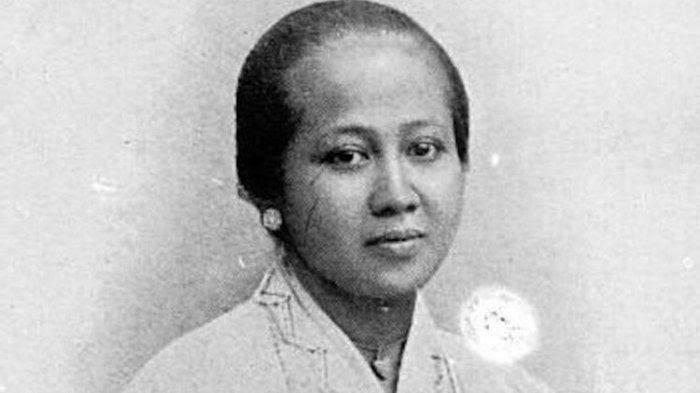 Looking back, Indonesian women once had no rights to receive an education; it was deemed unnecessary. Women were mostly prepared to do domestic work and take care of the family.

The story of the struggle of R.A. Kartini, one of Indonesia’s national heroes, helped elevate the place of women in the national psyche. R.A. Kartini grew up in a noble family, her father was Regency Chief of Jepara, while her mother was a teacher of religion. Kartini was born to a Javanese family under the Dutch colony of the Dutch East Indies. She attended a Dutch school until she turned 12, and was then put into pingit; a Javanese rite where girls are secluded from society to prepare them for marriage.

During her seclusion, she decided to educate herself by learning Dutch and also starting to write letters to several Dutch pen-pals. Her letters during this struggle were later compiled and published in a Dutch magazine with the collection being called “Habis Gelap Terbitlah Terang”; Out of Darkness to Light, Women’s Life in the Village and Letters of a Javanese Princess. Kartini was also interested in European feminist thinking and had the desire to change the conditions for women and girls in Indonesia, where women were undervalued.

After she died, Kartini’s birthday of 21st April was declared by then-president Soekarno, as “Kartini’s Day”. It’s celebrated every year as a remembrance that women should “participate in hegemonic state discourse of development” and since then, she has been recognised as one of the pioneers in the fight for the equal rights of education for women and women’s rights.

How can a Kebaya be the symbol of Kartini’s Day? As Kartini wore a Kebaya herself during her lifetime and Kebaya is made only for women, it’s seen as a symbol for Kartini. A lot of organisations and communities will encourage the wearing of a Kebaya on Kartini’s day.

Kebaya, or “Abaya” in Arabic, also means clothing, has been worn by Indonesian women for centuries unknown. It’s a long-sleeved blouse made from different types of material, ranging from silk to cotton, and adorned with brocade or embroidery of flowers. Kebaya has been worn across all levels of Indonesian society and can be understood as a social leveller. They’re worn by such high-status women like former President Megawati, down to jamu sellers plying their wares on the streets.

In 2019, movements and campaigns began to appear in order to raise awareness and encourage women to preserve the culture of wearing Kebaya. A member of a community for preserving Kebaya called “Perempuan Berkebaya” and a Kebaya collector herself, Miriam Ratih P Windoe, said “Kebaya is traditional attire for Indonesian women and has been since ancient times. I have been collecting Kebaya for roughly 15 years when my mum taught me how to wear it since I was just a child. My mother wore Kebaya herself. I just think wearing Kebaya makes women look gracious and elegant.”

Surely, in the modern era, not a lot of women wear Kebaya anymore. You might only spot some women in Kebaya at social events. It takes time to put on Kebaya; make it perfect and polished. “When wearing Kebaya, we have to prepare for the Kebaya itself. “Kain”; the bottom fabric used as a skirt, or how Javanese people call it, a “sinjang“, can be in the form of long cloth or sarong. Kebaya can also be combined with a variety of wastra from various regions in Indonesia, such as weaving, songket, etc,” Ratih said.

There are many types of Kebaya and, of course, one of them is Kebaya Kartini, otherwise known as Javanese Kebaya. “Traditional Javanese Kebaya is usually equipped with a “kemben”, or bustier. Adding scarfs can also enhance appearance. Slippers and a small tote bag or clutch complement and complete the look. While wearing Kebaya, women usually put their hair up in a bun, either a traditional or modern bun, adjusted to the style and needs,” added Ratih, who has roughly 80 Kebaya pieces at the moment.

During the Second World War, Indonesian female prisoners in Japanese internment camps refused to wear the western dresses allocated to them, and chose to wear Kebaya to show their sense of nationalism. Afterwards, Kebaya was appointed as the national costume of Indonesia by Presiden Suharto after the Independence of Indonesia.

Kebaya in the modern world has also influenced the fashion world. A lot of designers modify traditional Kebaya in the hope that more people will wear it. One example is by wearing Kebaya with jeans or skirts, adapting it to a more modern style. Nonetheless, Kebaya always has its own signature touch.

“My message and hope are that the next generation, especially the young Indonesian women, should preserve our collective ancestral cultural heritage. In homage to the struggle of Kartini in her time, Indonesian women are people who should not be looked down upon; Indonesian women have freedom of soul and mind, let us continue the ideals of Kartini to advance the dignity of Indonesian women in all fields, without forgetting the nature of women namely taking care of the household and caring for our children and husband at home. At the same time, let’s preserve the culture of Kebaya that was advocated by Kartini so far, by wearing Kebaya,” Ratih concluded.