During one period of my years in living in Jakarta, a favorite activity was my weekly visit to Pak Trisno, an elderly antique dealer and former journalist with a prodigious knowledge born of a long lifetime of reading in several languages.

On one occasion, during Ramadan, I dropped by about an hour before sunset. When he offered the customary cold beer, I declined, citing good manners and respect for another’s religious beliefs. I knew the old man was fasting, and I was reluctant to drink in front of him, especially during the final excruciating minutes of a long, hot day without a drop of water. To my surprise, Pak Trisno popped open the cap and placed the bottle in front of me.

“No passage in the Koran forbids the consumption of alcoholic beverages,” Pak Trisno said. “Islam only enjoins moderation, sensible advice for believer and infidel alike.”

Though Islamic fundamentalists will vehemently disagree, Pak Trisno’s interpretation of a book he has read in the original Arabic is, in my opinion, valid. As he explained, the Koran itself contains only oblique references to alcohol, notably a verse forbidding Muslims to attend to prayers while intoxicated. This is hardly unique to Islam; staggering into a place of worship three sheets to the wind is universally frowned upon. Subsequent verses bundle drinking with gambling (never a good combination) as activities distracting Muslims from performing daily prayers. However, there is no direct mention of other modes of consumption, such as taking wine with the evening meal.

The idea that alcohol itself is haram, contrary to Islamic dietary rules, seems fairly recent. Alcohol and Islam have been, well, drinking buddies since the earliest days of the religion. Like the words algebra and alchemy, the word alcohol itself comes from Arabic, reflecting the discovery of the distillation process by Muslim chemists in the eighth century. Classical Islamic literature, such as the oft-quoted Rubaiyat of Omar Khayyam, has no shortage of paeans to alcoholic beverages as a component of the civilized life. Credible accounts (and not a few salacious rumors) attest to a healthy, if generally discreet, alcohol consumption in most Muslim societies throughout history and into the present day. 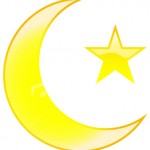 Fundamentalists justify an absolute prohibition of alcohol by quoting, not the Koran, but a hadith (a comment attributed to Muhammad) which has the general meaning of: “if it intoxicates in a large amount, it is forbidden even in a small amount.” Following this logic, a number of other common substances would be on the banned list. Coffee will go, as anyone with their own espresso machine will attest that double-digit consumption in a day brings a measure of euphoria as well as heart palpitations. The “sugar high” will put common sucrose in the same Class A Restricted category as some other fine white powders. Even eating durian would become a furtive activity, in light of the giddiness an aficionado experiences after over-indulging on the spiky, pungent fruit.

So, as usual in these situations, the best option to rely on is common sense. As Pak Trisno would tell me,

“Drink your beer slowly. This is a Muslim household, you won’t get another.”