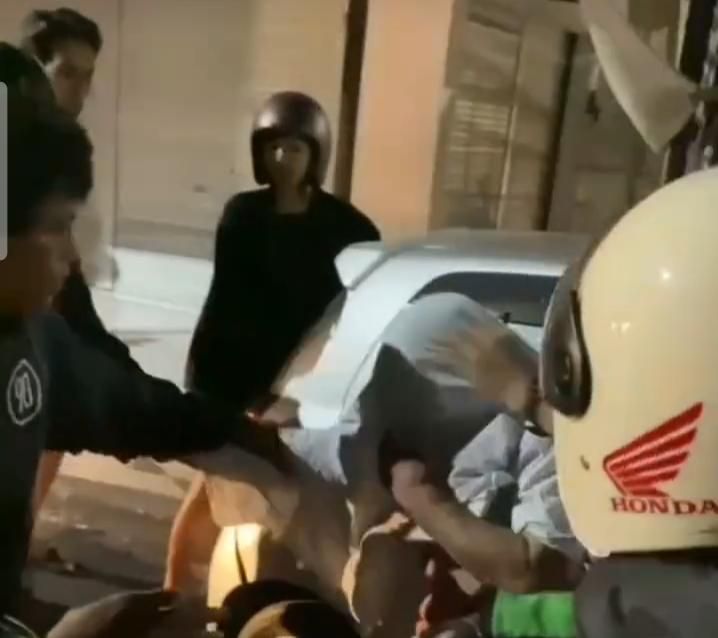 A video showing a commotion between several residents and a foreigner has been recorded and gone viral on social media.

The incident occurred early in the morning on Jalan Raya Legian, Kuta, Bali, on Saturday 20th August 2022. A video uploaded by the account @ezapradnyana explains that a foreigner driving a car hit a motorcycle rider.

The foreigner then fled and was chased by local residents until the car was finally stopped right in front of the Mercure Legian.

When the car successfully stopped, residents immediately asked the foreigner to get out of his car and he refused, which caused a commotion and angered many people around him.

Meanwhile, the Head of the Kuta Bali Police, Police Commissioner Adjutant Yogie Pramagita said that his team had not yet received an incident report.

His team also said that they are currently looking for the victim and the foreigner and if found, an investigation will be carried out regarding the events that occurred.

“We don’t have a report yet, our members are currently checking the scene,” he said when contacted on the afternoon of Saturday, 20th August 2022.

Three Dead, One Child Injured During Gun Attack at an Airport in Papua