In Confessions of a Third Culture Kid, I said I have a complicated relationship with the question, “Where are you from?” The truth is I have several homelands in Indonesia.

My maternal grandparents are from Indonesia’s southernmost inhabited island; Roté in Nusa Tenggara Timur, just southwest of Timor. Mother, who was born and raised in Java, was never keen on passing her heritage, but it trickled down to me nonetheless. The first version of Indonesian I learned was actually Kupang Malay, and the first Halloween costume I wore at age four was a Rotinese selimut.

Growing up in between countries, I struggled with the question, “Who am I as an Indonesian?” Mainstream media campaigns promoting mostly Java and Bali-based cultures provided a mere fraction of the answer for a multiethnic minority like me, though I also grew a genuine appreciation for them.

Then I realised that the rest of the answer lies up my own family tree and my ancestors’ homelands. So I started researching NTT and became fascinated with Flores, Sumba, Timor, Adonara, and of course, Roté.

It took me so long to go because NTT feels so far away and expensive to reach. So I wanted to explore “everything” and made big plans that needed the finances and timing to get “right”. It never happened.

It finally took a sudden announcement that my office was closing for Eid week, and a call from Djitron Pah, saying he got affordable tickets to go home. “Karmana ko, orang NTT mar son tau pulang”, he teased. “What’s up with that, you(r ancestors) are from NTT but you never come home”. 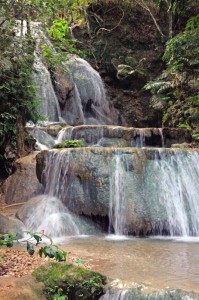 Later that day, I bought last minute tickets for Kupang. No plans. I called my mother’s cousin the night before flying in. “I’m sorry for disrupting your holiday on such a short notice”, I apologised. “Don’t be, we’re happy that you’re coming from so far away”, replied my aunt Ritha.

I’d expected a sentimental soul-searching solo journey to my grandparents’ birthplace in Roté, drinking palm wine over all-nighter tribal dance feasts. Instead, my uncle said I couldn’t go to Roté. Ferries were cancelled due to strong winds and high tides. Moreover, relationships between our Timor and Roté families are apparently complicated, so I shouldn’t travel unaccompanied.

“It’s a small island, so when families grew down the generations, land became scarce and many Rotinese migrated here to Timor”, said my aunt, adding that many Rotinese in Timor haven’t been back in their lifetime. The ones who have mostly do so to settle land disputes with their relatives.

The next day, my cousins, niece and nephews took me sightseeing in Kupang. We took photos at the Tenau harbour, monkey caves, the old town, Teluk Kupang outlooking Pulau Semau and Pulau Kera, and the sunset at Subasuka. It was hurried, but fun for the kids and me. The weather was dry, the ground arid, and the trees yellow like autumn. The streets were vacant and sleepy, reminiscent of Outback Australia.

Day three, we headed for Soë, a small mountain town 113 kilometres northeast of Kupang. With toddlers poking each other in the back, the car was a bit of a circus ride. We passed a village my grandfather grew up in, called Oësao. Uncle attempted to explain what was where, but Opa’s house was no longer there. He and my aunt seemed hesitant of meeting whoever has currently settled there.

“No, it’s not there anymore, stop pretending with your foolish explanations”, snapped my aunt as she tried to calm the crying baby.

Driving past without stopping or taking pictures, I felt let down. But what my aunt said is probably what I sometimes do as an ignorant migrant; romanticising a past I never knew and getting foolishly sentimental over misrepresented memorabilia.

I learned the bitter truth that even my relatives in Timor don’t have to go far to be a stranger in their own homeland. All they needed to do is settle in Kupang, get a modern education, build a career and a family there, and a generation later they’re hardly even welcome in a village where their parents grew up. Ironic, considering that NTT is supposed to be one of Indonesia’s friendliest places.

My disappointment was alleviated when we later stopped by the tranquil Camplong wellspring, admired the landscapes of the half-dry Noelmina River, and played with my nephews at the Oëhala waterfalls. I spent the night at aunt Yetty and uncle Min’s cabin surrounded by lush forests. We stargazed from the mountaintop that night and I photographed the sunrise the next morning. 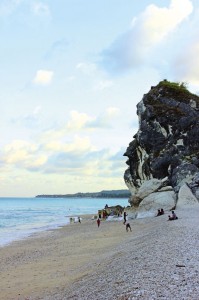 On day four, I hopped on a motorbike with my cousin Daniel to visit Boti, Timor’s last indigenous religious community. From Boti, we stopped by Kolbano, a secluded white rock beach in the south coast of Timor. We spent three hours conquering peaks and valleys on steep serpentine roads of damaged asphalt. But the view was amazing.

On day five, I left Soë with Daniel and our cousin Christine. We stopped by Christine’s sister, Jean, and her family. Jean’s generous mother-in-law had made for us delicious bread, fried plantain, and yams. From there we visited the Pah family in Oëbelo to learn about sasando, the Rotinese palm harp.

The sixth and final day of my visit came. I followed Christine and her husband, Erwin, to Gua Kristal, a glittery rock cave with a deep blue pool of brackish waters, where people often go snorkelling.

So, I didn’t make it to Roté this time and my visit to Timor was like nothing I expected. Instead, I found meaning in my Rotinese identity in things I least expected.

I find it when I meet relatives I didn’t know existed, who fondly remember my late grandfather and treasure his legacy.

I find it when they spend their week off showing me my grandparents’ adopted homeland, and are genuinely delighted with my visit.

I find it when my young nephews tag along my trips and try to bond with me.

I find it when my cousin’s mother-in-law who barely knows me cordially invites me for a meal and packs snacks for my road trip.

I find it when I learn of beautiful places in Timor named after my grandfather. And I’d don my sunglasses hoping no one notices my glistening eyes.

My mother always said of our travelling family, “Home is wherever the four of us are.” NTT may have never been this place for my parents, brother, and me. But as far as my extended family is concerned, my home is also wherever they are. And despite never having met them or been in their hometown before, I truly feel that I am no stranger among them.

For this Third Culture Kid, this is what “going home” is all about.