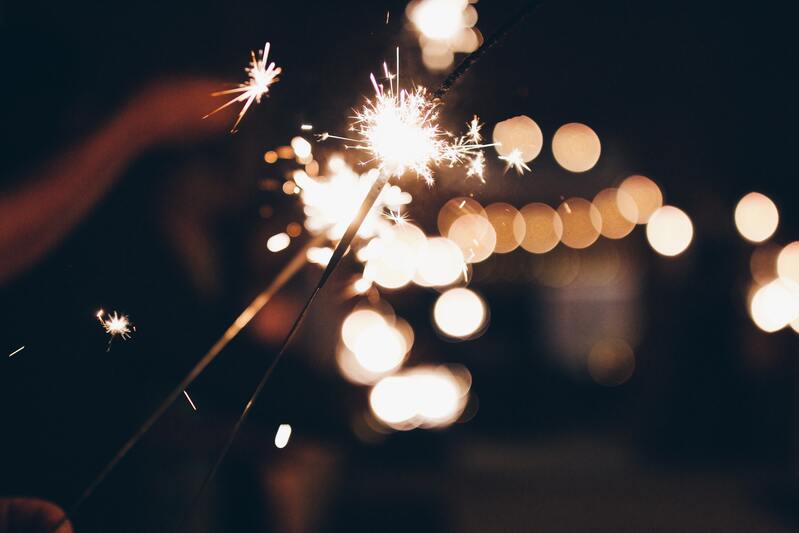 Indonesia is a country whose 270 million people are made up of various ethnicities and cultures, with 1,340 ethnic groups and six official religions.

As a multicultural country, the Indonesian government needs to create policies that cover all ethnicities. One of the policies is determining the new years’ calendar. In fact, people in Indonesia celebrate various New Year’s Days; Gregorian New Year, Chinese New Year, Islamic New Year, and Saka New Year. Let’s find out more about these celebrations!

The Gregorian calendar is the world’s most widely used calendar system since it is selected as the international standard for dates and times. In this calendar, the new year is celebrated on the 1st of January. The history behind 1st January as the day of the new year is the addition of January and February into the Roman calendar by Numa Pompilus, the king of the Roman Empire in the eighth century. Pompilus revised the previous Roman calendar by replacing March with January as the first month, since the month’s name was named after Janus, the Roman God of all beginnings. This calendar system remained until it was adopted by Julius Caesar and finally introduced by Pope Gregory XIII as the Gregorian calendar in 1582.

This new year’s celebration is the most awaited day by most Indonesian people. Just like in any other country, the burst of colourful fireworks and the uproarious sound of trumpets will always tone up the new year’s celebration everywhere you’ll care to look. On the evening of 31st December, people gather with their families and friends. They will stay awake to watch the clock strike 12am while roasting some food, such as corn, satay, and sausages. They also do some other fun activities like singing, watching movies, and playing some games.

Chinese New Year, also known as Lunar New Year, is a new year celebration based on the traditional Chinese calendar. It is actually a traditional festival in China. Since many Chinese people are also spread out in other countries, the day is also celebrated globally. It starts from the first day until the fifteenth day of the month, known as the Lantern Festival (Cap Go Meh). In China and other East Asian countries, Chinese New Year is also called Spring Festival (春节, pinyin: Chūnjié) since it begins with lichun, the first of the twenty-four solar terms and the start of the spring season in the lunar calendar. In the Gregorian calendar, the first day of the Chinese calendar begins on the new moon that comes out between 21st of January and 20th of February.

In Indonesia, the Chinese New Year has been a national holiday since 2003. It is celebrated to appreciate all Chinese people in Indonesia and their traditions. One day before New Year’s day, people will clean their houses as they believe it can drive away any bad things. During the celebration days, everything is in all red and the sky is full of magnificent fireworks shows. People will gather with their families and have some Chinese meals, such as dumplings, whole chicken, sweet rice balls, and noodles. They also go to the pagoda or temple to pray. Those who are married usually share ang pao – a red envelope filled with money – with kids and teenagers. Finally, the Lantern Festival is held on the 15th day. There will be a parade and lion dance (Barongsai) along the streets where there is a concentration of Chinese people.

Most Muslims in Indonesia take part in the celebration day. Commonly, people will go to the mosque for prayers and reading the Holy Quran together. Some people conduct pilgrimages to their ancestors’ and religious leaders’ graves. In some places, there will be some Islamic festivals and regional traditions, such as Tabuik in Pariaman, a ceremonial agenda in memory of the death of Husayn ibn Ali, the grandson of Prophet Muhammad; Tapa Bisu in Yogyakarta, a ritual that is carried out by surrounding the Keraton without saying any words; and Mount Merapi Alms in Solo, a tradition practised by throwing a buffalo head over the top of the mountain followed by a large crowd.

Most people may be more familiar with Nyepi, a day of silence, instead of Saka New Year. In fact, Nyepi is commemorated on the first day of Kasa, the first month of the Balinese calendar, so it is also known as the Saka New Year’s day. It is mainly celebrated in Bali, Indonesia. In Indonesia, Nyepi or Saka New Year is also a national holiday. Moreover, all beaches, streets, and the only airport in Bali are closed during the celebration day.

The Nyepi celebration isn’t like other ceremonial traditions. On this day, Balinese people are not allowed to turn on fires and electrical appliances. They can’t go to work or travel. In addition, they are not permitted to talk or eat something all day. What they can do is only stay silent, fast, and meditate at home starting from 6am until 6am the next morning. Then, on the following day, all the restrictions are over and people celebrate by gathering with families and friends, asking forgiveness from one another, practising some religious rituals in pura (Balinese temple) and performing the new year’s tradition Omed-omedan (a kissing ritual) by the youth.