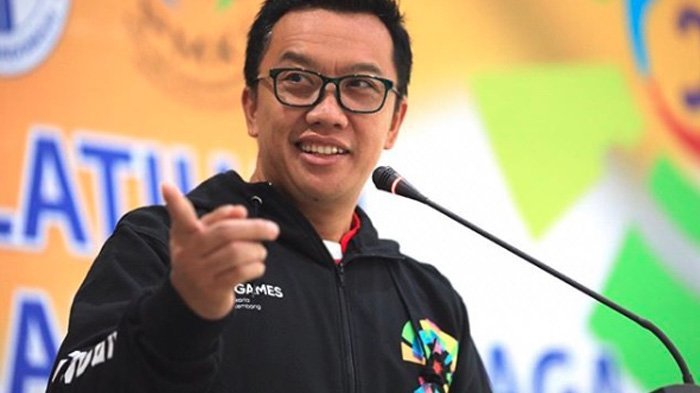 Minister of Youth and Sports Imam Nahrawi has met his Malaysian counterpart, Syed Saddiq, to apologise for the infamous incident and chaos during the 2020 FIFA World Cup qualifying match between Indonesia and Malaysia at GBK Stadium on Thursday 5th September.

“I’d like to directly issue an apology on behalf of the Indonesian people and government for the unpleasant incident carried out by some supporters,” Imam declared at a press conference today, 6th September.

He hopes that the meeting will fix Indonesia’s relationship with Malaysia, particularly when it comes to sports. The minister also added that the Indonesian government will immediately send an official apology to Malaysia before the next match in Malaysia this November. The Football Association of Indonesia (PSSI) will also take strict action against the perpetrators.

Meanwhile, the Malaysian Minister of Youth and Sports, Syed Saddiq, responded positively to Imam’s statement. “Thank you for the firm stance, Pak Imam. We assure that justice will be upheld. He also has coordinated with the police to assure stern actions to be taken,” Saddiq said.

Some Indonesian supporters were reportedly angry after Indonesia lost 3-2 to Malaysia. They reportedly threw plastic bottles and gas bombs at Malaysian fans. During the second half, the game was suspended for ten minutes due to the incident.

See: Malaysia King and Queen to Visit Jakarta and Yogyakarta