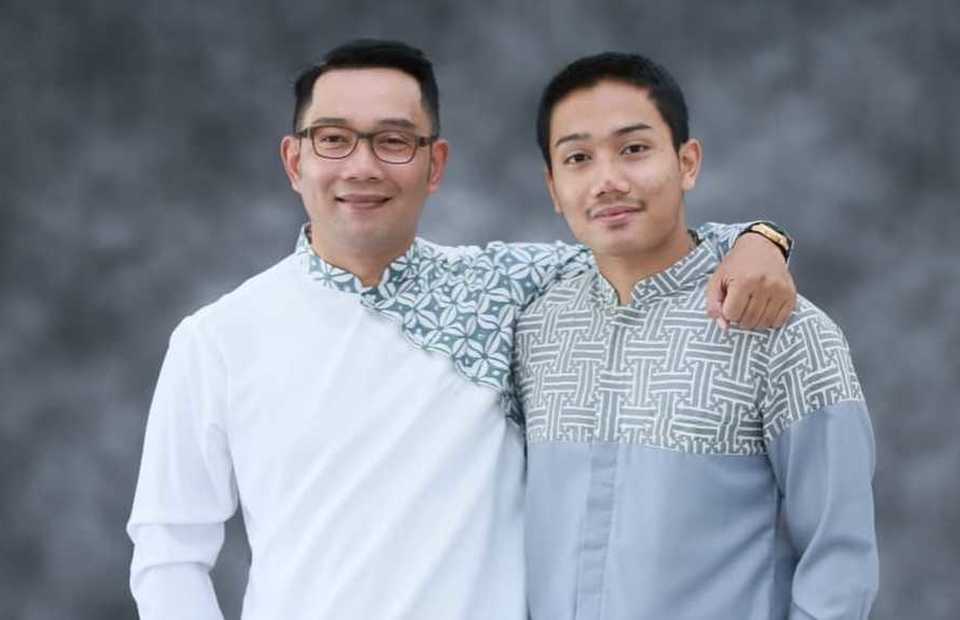 The eldest son of West Java’s Governor Ridwan Kamil, Emmeril Khan Mumtadz, has been lost in the current of the Aare River in Bern, Switzerland.

The incident happened on Thursday 26th May 2022 local time.

Mumtadz, familiarly called Eril, was dragged by the current when he was about to go up to the river bank. It is known that he swam in the Aare River with his sister, Camillia Laetitia Azzahra, and a friend.

“When we were about to go up, there were difficulties which we also didn’t understand. That’s the information we received, maybe there was such a flow.”

“In short, the others were able to go ashore, Eril was carried away by the current, that’s the information we received at eleven o’clock last night,” explained Kamil’s younger brother and family spokesman, Elpi Nazmuzaman, during a press conference at Gedung Sate on Friday 27th May, quoted from TribunJabar.id.

Mumtadz’s disappearance in the Aare River is not the first incident of its kind. According to data from the Bern Police Station, many foreigners drown in the Aare River because they do not know the dangers of swimming in the river.

In Switzerland itself, according to the Swiss Bureau of Rescue Community Statistics (SLRG), an average of 40 people drown each year. Of these, 90 percent of incidents occurred in lakes or rivers, and the victims are predominantly male.

In the Aare River, which divides the city of Bern, not so many people have drowned but those who have are mainly refugees or foreign tourists. Several years ago, a 19-year-old South Korean drowned after trying to swim in the Aare River.

Near the Nydeggbruecke bridge, which is in Bern, a foreign tourist was also found drowned. Australian tourists have also been found drowned after jumping from Hoehe Marzli, Bern.

According to a Kompas.com contributor in Switzerland, Krisna Diantha Akassa, no one swims in the Aare River before June. This is because the water in the river is still cold and cloudy due to melting snow. Not only that, the flow of the Aare River is fairly heavy as it approaches June.

“On average, foreigners or tourists drown because they don’t know,” said Akassa.

Akassa added that, usually, the search for missing people dragged down by the current takes an average of a week. Following this incident, the International Relations Division (Hubinter) of the National Police has asked Interpol Switzerland to issue a Yellow Notice.

“The first step is to ask for his identity via the West Java Regional Police to request a Yellow Notice (missing person) to Interpol Switzerland and all other Interpol members,” said the Head of the Public Relations Division of the Police, Inspector General Dedi Prasetyo on Friday 27th May, as reported by Kompas.com.

The Indonesian police are also continuing to monitor the progress of the search for the missing child of the Governor informally,  through Police to Police collaboration with counterparts in Switzerland.

Citing the Interpol page, the Yellow Notice is an international police alert for missing persons issued to victims of parental abduction, criminal abduction, or unexplained disappearance. The Yellow Notice is an important law enforcement tool that can increase the chances of a missing person being found, especially if there is a possibility that the person is travelling, or is being taken overseas.