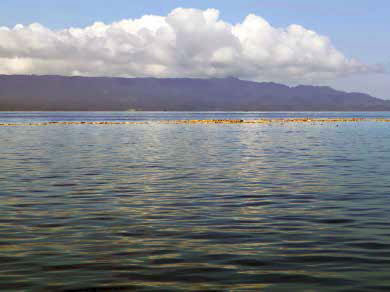 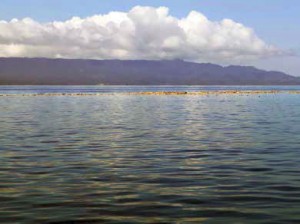 It is the summer of 1858. A soaring heat warms up the river Thames and its urban tributaries, encouraging bacteria to thrive in the sewers beneath London. Clogged by untreated human waste, remains from slaughterhouses, and other garbage, the stench from below becomes near to unbearable to many, while cholera is rampantly spreading. Heavy rain finally brings relieve, but something drastic had to be done.

More than 150 years later and London’s sewerage is modernized. The people are educated not to use the city’s streets as a tip anymore. Laws and regulations are in place to keep it clean, while law enforcers make sure citizens act accordingly. Even though it took a while for the streets and sewers in Europe to get as clean as they are now, it could still be argued that in the fast world of today problems could be solved in less time than before.

It is April 2013 now. Plastic bottles and bags are stacked in the sewers stagnating the water, odorous mountains of garbage gracefully lead rivers astray during rainy season, and fumes from an estimated 15 million vehicles colour the horizon every morning and night. Welcome to Jakarta, one of the dirtiest and most polluted cities in the world.

“We are very hopeful of Joko Widodo, the new governor of Jakarta,” says Longgena Ginting, Country Program Manager of Greenpeace Indonesia, “The government has to learn from the past and I think he does that. He doesn’t sit around waiting for the problems to solve themselves. The main actor to amend is the government, because through politics, policy, and law, they can change things.” 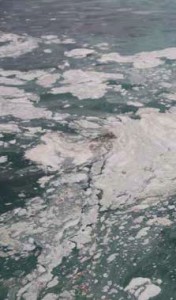 Such changing includes the upcoming construction of mass rapid transport in Jakarta, for which Widodo is consulting authorities in Singapore. “There have to be incentives and disincentives. With safer, cheaper and faster public transport, such as a mass rapid transport system, people will less likely buy a motorcycle or car, resulting in less traffic and cleaner air,” Longgena adds. “All we need is strong leadership and a will to change.”

Jessica Tan thinks it will prove to be more difficult to change the habits of Jakarta’s inhabitants. This young activist runs a website called Let’s Plant Tree, which donated 50,000 trees to Lebong, Bengkulu last year and continues to incentivise people all over the world to plant trees and create a sustainable environment to live in. 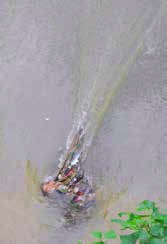 According to Jessica it is different in lesser developed countries. She thinks that policies are highly unlikely to be successful, and must thus rely on organizations to solve the issues. “Government policy is successful when enforced, and countries such as Indonesia do not have the capacity to enforce such policies. We do not even have the budget to enforce basic human right laws; how do we expect the government to enforce laws stating throwing trash in sewers is against the laws?” She continues,

“If the government wants to fine people for throwing trash in sewers, with what can they possibly ensure such a program with the lack of budget, and the amount of corruption present in the political system?”

Teguh Surya, Forest Political Campaigner for Greenpeace, thinks the subsidy on fossil fuel is a big problem. “Last year, for instance, cost the government IDR 160 trillion. The government uses energy as a political commodity, not as a resource for the welfare of the community.” He adds, “Also many politicians have interest in the coal and oil industry, which is why it’s hard to move from fossil fuel economy to renewal economy.”

Longgena believes that a change of habits can change the waste problems Jakarta is facing. He says, “Citarum River is one of the most important rivers in Java, but also one of the most polluted rivers in the world.” This river plays an important role in supporting agriculture, electricity, fishery, industry, and much more. 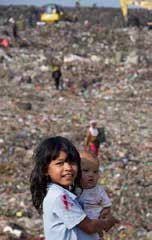 “It also supplies 80 percent of Jakarta’s drinking water,” Ahmad Ashov Birry adds to Longgena’s remark. Ashov is the Toxicfree Water Campaigner for Greenpeace in Indonesia and is worried about the river. “The problem is not only industrial, but also municipal waste. There is a water treatment facility just before Jakarta, so it looks clean, but we don’t know for sure.”

Also Jessica deems habits should be changed, however difficult that may be. According to her, public awareness has gotten better over the years, though it is still not good enough. “Public awareness must start very early on in the process, which means it must be well integrated in the education program. Studies about the ecosystem must be taught to the entire population if we want to establish an environmental-friendly population. I believe education is one of the most effective ways of extending public awareness.”

It seems everyone agrees the need for change has never been more dire. The most difficult next step is agreeing on the best solution because, as the population in the Greater Jakarta area keeps growing rapidly, more voices are arguing about the right path. Let’s hope there will be a consensus among the governing officials soon.

Wouldn’t it be nice to think back about 2013 as the last year of the Great Stink in Jakarta?

Interested in their work?
Check out their websites.
http://www.letsplanttree.com/
http://www.greenpeace.org/seasia/id/

Are you Mr Magoo, too?